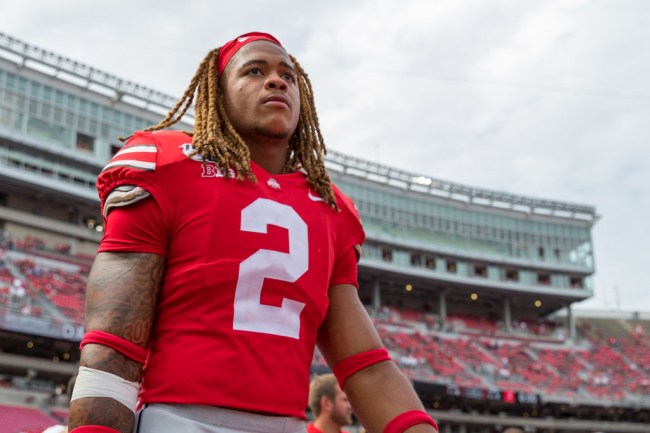 Chase Young was suspended for Ohio State’s game against Maryland last week for reportedly accepting a loan from a family friend in 2018. Following the news, it was unclear whether or not he would be suspended for an additional game or more and on Wednesday the NCAA concluded its investigation.

Ohio State announced that Young will miss this Saturday’s game at Rutgers as he’ll serve an additional one-game suspension.

While Young being suspended for two games completely shattered his Heisman Trophy dreams, the two games he will end up missing couldn’t have come at a better time for Ohio State. The Buckeyes destroyed Maryland last weekend, 73-14, and they should easily take care of a bad, 2-7 Rutgers team this Saturday.

Following the initial reports of the loan last week, ESPN expected Young to be slapped with a four-game suspension, but with it resulting in just a two-game absence he’s expected to return to the field just in time for the monster matchup against Penn State on November 23rd.

Excited to be back on the field next week! Thank you Buckeye Nation for all the love and support. I’m blessed to be a part of this team, this university, and this community. Lots of love to my family. God Bless and Go Bucks!

I didn’t think I’d be typing the following words, ever, but it’s actually refreshing to see the NCAA work so quickly to come to a conclusion on Young, even if, in the long run, the investigation was questionable to begin with.

Young, a junior expected to go very early in the NFL Draft this year, has 13.5 sacks and five forced fumbles in eight games played this season.