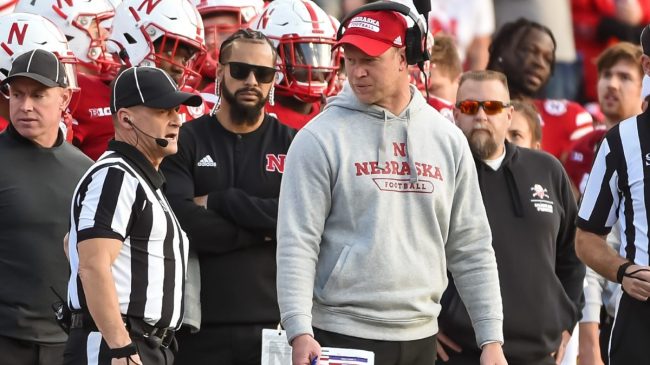 Nebraska let down a lot of sports fans down on Saturday, dropping its opener to Northwestern as a double-digit favorite.

The game, which was played in Ireland, was a microcosm of Scott Frost’s tenure in Lincoln. Twice, the Cornhuskers had 11-point leads, and twice, they blew those leads with questionable coaching decisions.

After jumping out to a 14-3 lead in the first half, the Huskers allowed back-to-back touchdowns from the Wildcats. They tried to get an extra possession before the halftime break, calling timeouts while Northwestern had the football. It backfired as NW converted a fourth-down play and went on to close the half with a score.

Then, after regaining the momentum early in the second half of action, Scott Frost called an onside kick up 28-17. The Wildcats recovered easily, then quickly drove down to score. They’d find the endzone one more time to leave with a 31-28 victory.

Another “what could’ve been” moment for a Nebraska program that’s lost close game after close game.

Many sports bettor believed that this was the year the Cornhuskers finally turned things around. There was a proven quarterback under center, playmakers on offense, and a coach competing for his job.

The loss shocked many in the sports betting world who backed them to cover the 10.5-point spread. One of those surprised was college football insider Brett McMurphy, who believed that this was year that Frost finally broke through. He’s not alone in that opinion, as Kirk Herbstreit picked the Cornhuskers to play for a Big Ten title, but with Nebraska losing, McMurphy got a few angry voicemails after the game.

Brett McMurphy, who works for a sports betting publication, believed the Cornhuskers would come out on top in this season opener. He was bold enough to put Nebraska in his preseason top 25, a move that’s already aging poorly.

Huskers look very impressive on 1st drive. Who was the only idiot to put Nebraska No. 25 on his preseason @AP_Top25 ballot? This guy 👍🏻

After the loss, some angry voicemails were left at McMurphy’s work desk. Take a listen.

"Why do I KEEP SPENDING MONEY ON THIS TEAM?!!"

The voicemails are back and callers had plenty to say about Nebraska this weekend 😂 pic.twitter.com/5zXWRpAA2e

The replies are hilarious. One bettor exclaims, “Why do I keep spending money on this team?!”

Another says, “All I gotta hear is how much you guys love Nebraska, they’re going over the pond to make a statement,” trolling the picks from the site experts.

Of course, cappers can’t get every pick right, but with this being the only conference matchup in Week 0, it was a game that folks keyed in on. If there’s one lesson everyone can get out of this, it’s to never trust Nebraska under Scott Frost.