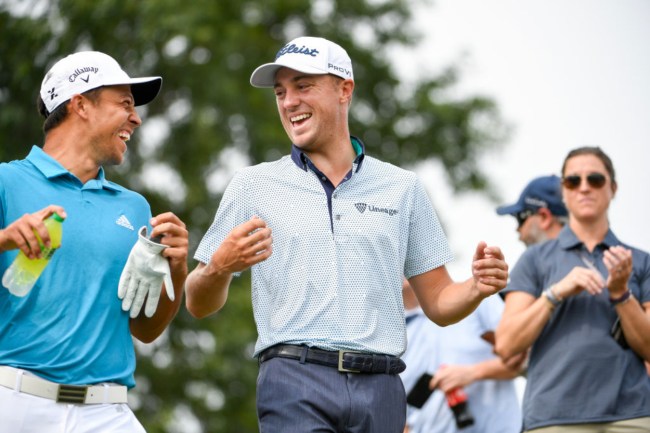 Back in September of 2021, it was announced that Netflix and the PGA Tour were linking up for an episodic documentary series giving sharing access with some of the best golfers in the game. The icing on the cake was that Box to Box films would be involved in the production, which is the same company behind Netflix’s Formula 1 docuseries ‘Drive To Survive.’

While the news alone about a new golf documentary series from the people behind ‘Drive To Survive’ was exciting enough, we’ve now learned the names of the players and the tournaments that will be shared in the series, and the list is a doozy.

Five of the top seven players in the world are set to be featured on the show and footage from all four majors, including the Masters, have jumped on board.

The 22 Golfers Netflix Confirmed To Be In The Series

There are obviously some extremely high-profile names on that list, but there are some notable players that didn’t agree to be a part of the series. Most fans likely wanted to see Tiger Woods, Phil Mickelson, Bryson DeChambeau, and Rory McIlroy on the show, but it appears that won’t be the case.

When Will Netflix’s PGA Tour Series Be Released?

Don’t expect to see the show hit your Netflix feed anytime soon. According to GOLF, Netflix and the PGA Tour declined to comment on an official release date. However, filming is set to continue through the end of this year’s FedEx Cup Playoffs which run through August.

Filming reportedly began at the Hero World Challenge, which will give viewers a great insight into what was Woods’ first appearance at a golf tournament since his car crash.

It’s probably a safe bet to assume the series will debut in the lead-up to the 2023 PGA Tour season to help build hype before the new campaign.