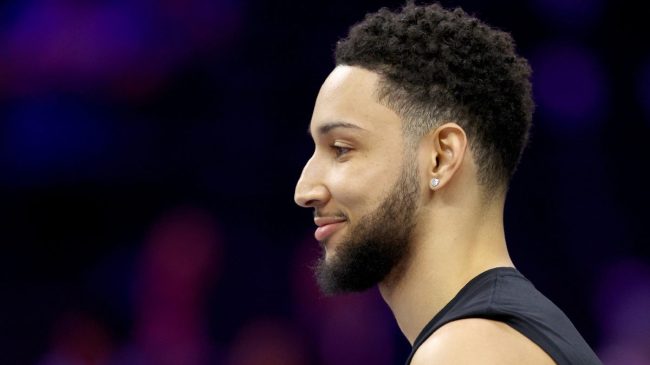 The Brooklyn Nets will play in the 7/8 play-in game on Tuesday night against the Cleveland Cavaliers.

Brooklyn entered the year as a championship contender, but some unexpected circumstances threw those plans for a loop.

Kyrie Irving was a part-time player for the majority of the year, being forced to adhere to New York City’s vaccination mandate which held him out of home games. Kevin Durant went down with a leg injury, causing him to miss about a month and a half of action.

On top of that, drama surrounding guard James Harden made headlines with his desire to leave Brooklyn for greener pastures. Harden got his wish, and the Nets dealt the star to Eastern Conference foe Philadelphia in exchange for Ben Simmons.

Simmons has yet to play a game for the team, but it seems that the stars are beginning to align for Brooklyn at just the right time.

Kyrie has been allowed to become a full-time player, once again, with New York lifting the before mentioned mandate. KD is healthy and back in early season form. And reports out of Brooklyn say that Simmons could be closer to a return that originally believed.

Reports out of Brooklyn note that Simmons has been eyeing a return to the court for the NBA Playoffs. Of course, that’s assuming the Nets are able to get out of this play-in round.

Simmons won’t be available for this opening round, but should Brooklyn land a win tonight, they’ll square off against the Celtics in an ensuing series. And the forward could be ready for action.

"If the Nets win tonight they play Boston this weekend.. I think games 1 & 2 is too quick but after that I'd look for Ben Simmons to be back" ~@ShamsCharania#PMSLive pic.twitter.com/bii2yHMyo1

Charania says that Simmons is confident that he’ll see the court in a first round series, which would be music to the ears of Brooklyn fans.

Speaking of that confidence, some of his Nets teammates have taken note of this change in attitude.

One Brooklyn player says that that confidence is at an “all-time high” and that Simmons is “walking around like he’s Jordan.”

Nets players have been challenging Ben Simmons in practice and Simmons’ confidence is at ‘an all-time high,’ per @ScoopB

That’s pretty strong praise for the forward, who’s not seen the court in nearly a year.

His teammates have reportedly been challenging Simmons as they continue to prepare him for an upcoming playoff run.

One Nets player told Simmons in practice yesterday: “Make something happen in your life.”

There has been no change in Simmons’ return timetable other than possibly later in playoffs. pic.twitter.com/nnK5vihHyI

The Nets may very well need their oft-injured star on the floor if they want to win a championship. All signs seem to be positive as they point in the direction of a Ben Simmons return.