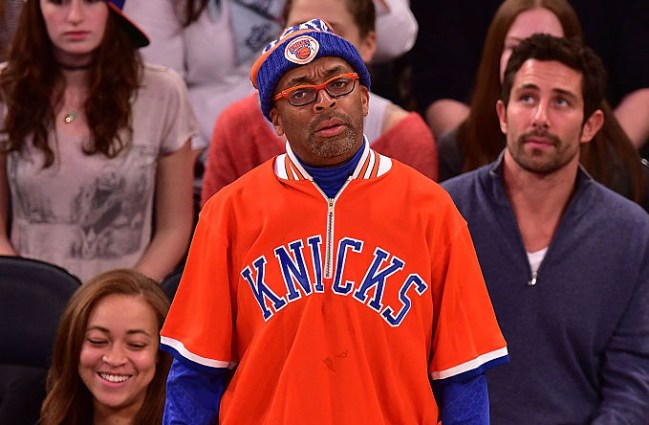 It was a pretty good time to be a New York Knicks fan at the tail end of the 20th century, as the team managed to make the playoffs 14 years in a row between 1988 and 2001, and while they were never able to bring a title home, they at least inspired hope among their fans that there was a chance every season could end with a championship.

With that said, aside from a few solid years in the early 2010s, anyone who at one point made the decision to throw their support behind the team has been subjected to constant frustration thanks in no small part to the sheer incompetency of James Dolan, who made the decision to buy a basketball team around the turn of the new millennium despite apparently knowing jack shit about the sport.

Attendance at Madison Square Garden has remained surprisingly stable over the past decade or so and there’s one man you can always count on to occupy one of the seats: Spike Lee, who has been a courtside staple for years and estimates he’s dropped $10 million on tickets since he first started going to games.

However, it now looks like the organization may experience a slight dip in revenue after Lee accused Dolan of harassing him after he was blocked from entering the storied arena on Sunday and subsequently stated he won’t be attending any more games this season.

The Knicks opted to respond in the most Knicks way possible with a statement that was likely transcribed by some poor public relations employee while Dolan screamed while pacing around his office and the team tweeted out the message with a picture of the director and the owner shaking hands to imply they were on good terms.

However, Lee quickly denied that was the case and went Full Conspiracy Theorist when he alleged the picture was the result of a set-up.

On Tuesday, the Brooklyn Nets decided to shoot their shot when they sent out a (now-deleted) tweet of Lee shaking hands with Kevin Durant in an attempt to entice him to start posting up at Barclays Center instead. 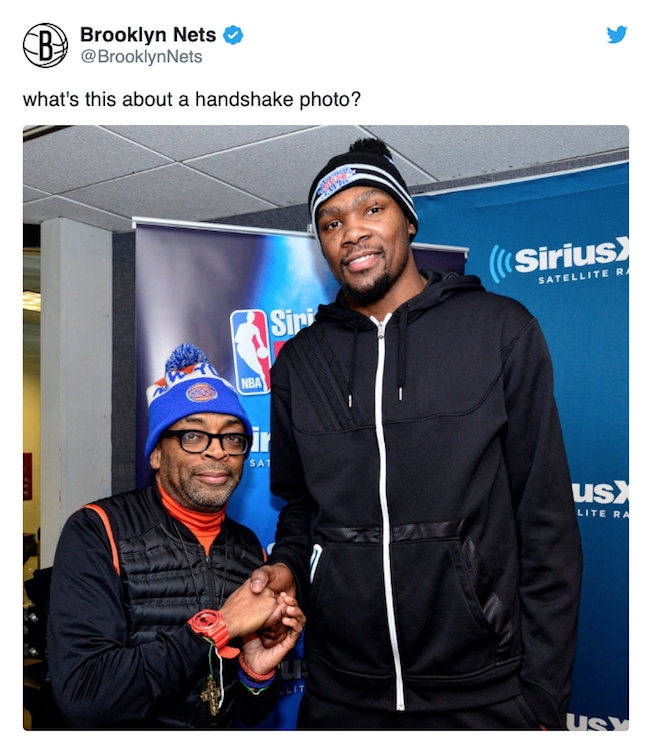 However, as For The Win notes, Lee (who was raised in Brooklyn) isn’t planning on switching sides.

OMG: "I'll tell you one thing. I heard from the Brooklyn Nets." Lee says he gave away his tickets for this year already. (He's not changing allegiances though.)

I can understand why Lee doesn’t want to pledge allegiance to another team but I don’t think many people would blame him if he did.