This Patriots Hype Video Claiming It’s ‘Them Vs. The World’ Is The Exact Reason Why Everyone Hates Them 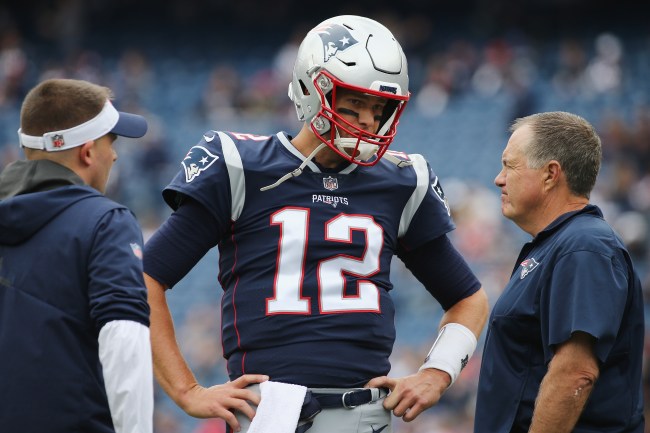 The New England Patriots have won five Super Bowls since the year 2001, meaning that, for nearly two decades, the names Tom Brady and Bill Belichick, among a few others, have been god-like in the NFL. It’s one of the reasons why so many people have Patriots fatigue, claiming that, while the whole Brady story was cool at first, now it’s just like the bad ex-girlfriend who won’t seem to leave you alone, constantly reminding you that she’s there.

Don’t get me wrong, what Brady and Belichick have done with the New England Patriots have thoroughly earned them GOAT status in NFL lore, but that doesn’t mean we all have to like them, right? In fact, I’m sick of them. I’m sick of them having a “down year” and ending up with the No. 2 seed in the AFC and a first-round bye. I’m sick of them always, seemingly, finding a way to reach the Super Bowl. And I’m sick of them trying to ignore the fact that we all hate them.

But, of course, the New England Patriots can’t do that. Nope, they have to rub it in our faces that they’ve been the best in the NFL for the past 18 years — and the latest example is this B.S. hype video the team made for the NFL Playoffs, where they’re truly trying to play the underdog role and the “Patriots vs. the World” mantra. Take a look at the thing and share in my disgust, because it’s honestly the reason why everyone outside the state of Massachusetts hates them.

Oh, but don’t think that the New England Patriots were just going to try and get their fans pumped about a hopeful playoff run that ends with another Super Bowl title and call it a day. No, they had to go a step further by actually dropping tweets from all the talking heads in sports media who have proclaimed the Pats dynasty is over. It’s actually pretty pathetic.

Just because the New England Patriots aren’t the favorites to reach and/or win the Super Bowl doesn’t mean they’re underdogs, but you’d have a tough time telling them that. This is such a Brady-Belichick thing to do, though — but, c’mon, even if the Pats are underdogs in Vegas’ eyes, who’s going to believe they won’t win?