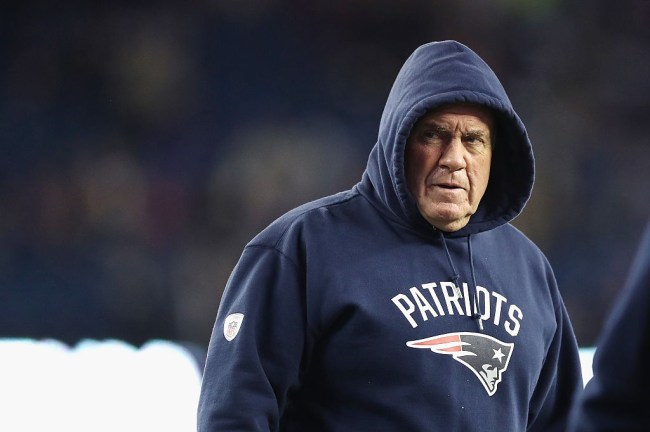 In case you missed it, the Tom Brady chapter of the Patriots’ story has ended and the next is set to begin with Jarrett Stidham under center, a quarterback with exactly three NFL appearances under his belt.

While the Pats seem confident in Stidham’s ability, there is no hiding the fact that they would be open to adding to their quarterback room and according to one NFL general manager, they could try to do that during the NFL Draft.

Pro Football Talk’s Peter King reported that he spoke with a rival GM who told him that the Pats ‘love’ Oregon’s Justin Herbert. “They love Justin Herbert, but enough to trade up for him?” the anonymous GM said.

Herbert could very well be a Top 10 pick as he is expected to be the third quarterback taken in next week’s draft after both Joe Burrow and Tua Tagovailoa. That presents a problem for New England because it’s only first-round pick is the 23rd pick and Herbert’s name will certainly be called before then.

King did explain that New England does have quite the stock of ammo if it wanted to make a run at moving up in the draft, but it would likely need to package everything around a 2021 first-round pick.

Pats do have 12 picks—second-most in the draft—for ammo, but only one of those comes in the top 85. If they want Herbert, they’d likely have to be willing to part with the 2021 first-rounder in a trove of picks.

It will be interesting to see what Robert Kraft, Bill Belichick and the rest of the Patriots front office have up their sleeves for next week’s draft. Nothing appears to be off the table, especially given the uncertain times in New England without Tom Brady in town.