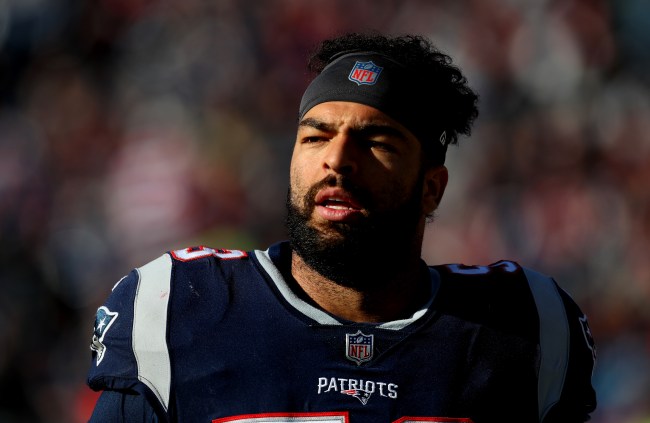 New England Patriots linebacker Kyle Van Noy has had a pretty good season this year, stepping up big time in the AFC Championship Game against the Kansas City Chiefs by registering 10 total tackles and two sacks, which helped the Pats reach Super Bowl LIII. But, things got off to an interesting start betwen Van Noy and New England’s prodigal son and most famous player, Tom Brady.

After being acquired by the New England Patriots from the Detroit Lions during the 2016 season, Van Noy made his way to Foxborough for an introductory press conference and some meetings with his new team after traveling all night long. Maybe it was his exhaustion getting the best of him, but, when the linebacker first met Tom Brady, he shook his hand and called him an “idiot.” Why? Well, let Kyle Van Noy explain.

Here’s what Van Noy had to say to NESN about the exchange with Brady during an interview today, via FTW.USAToday:

“It was actually funny,” Van Noy said Wednesday in a news conference at Gillette Stadium. “I was super tired that day because I flew in super late from Detroit coming in. So I think I got in at 1 that night, and I got (to Gillette) at about 5:30 in the morning. Time had went on, I had some meetings, but then it was right before the team meeting, and I had to run to go to the restroom because I was in meetings for so long.

“I’m washing my hands or whatever, and I get done, and Tom comes up and kind of shakes my hand like, ‘Hi, I’m Tom Brady.’ And I’m like, ‘You’re an idiot. Of course.’

“But those little things are why he’s where he’s at. Those little things that people don’t pay attention to, those detailed things, that just separates him. He’s very good at what he does, he’s very detailed, and that’s what makes him Tom.”

Say what you want to about Tom Brady and the New England Patriots, but this is just one of the reasons why everyone buys into the “Patriot Way,” because the greatest quarterback of all-time is sitting there introducing himself to new teammates as if he’s the locker room attendant. In the words of Van Noy, “of course,” everyone knows who Brady is, but it’s still cool he doesn’t have an ego about himself in the locker room.

Brady may like to troll everyone outside the New England Patriots family, but, inside those walls, he’s going to stay chill — and that’s pretty dope, in my personal opinion.