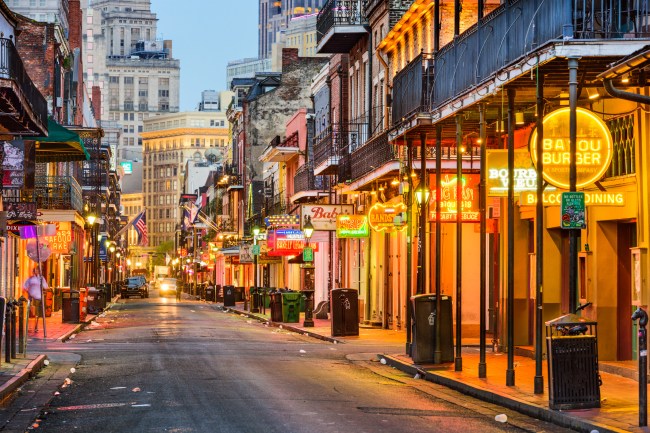 On Sunday, the New Orleans Saints fell victim to the no-call heard around the world when there was a suspicious lack of flags on the field following what appeared to be a cut-and-dried pass interference call that would have all but secured them a spot in Super Bowl LIII.

Saints fans were rightfully furious about the blown call and have gone to great lengths to air their grievances in the past few days, whether we’re talking about the guy who dropped way too much money on useless billboards or the attorney who filed a lawsuit against the NFL in an attempt to get a do-over.

Roger Goodell theoretically has the power to overturn the result of the game, but at this point, it’s probably time for Saints supporters to enter the final stage of the mourning process and finally accept the fact that their Super Bowl dreams are dead.

However, that’s easier said than done.

According to NOLA.com, a number of bars in New Orleans are having trouble getting past the denial phase and are catering to customers who are in the same boat by offering a safe space for Saints fans who don’t want to be triggered next Sunday.

While some spots are boycotting by simply refusing to show the game, a few are going one step further by allowing fans to relive the good old days and showing a replay of the Saints victory over the Colts in Super Bowl XLIV.

I couldn’t find any details concerning drink specials but I assume they’ll all be serving margaritas with copious amounts of salt.