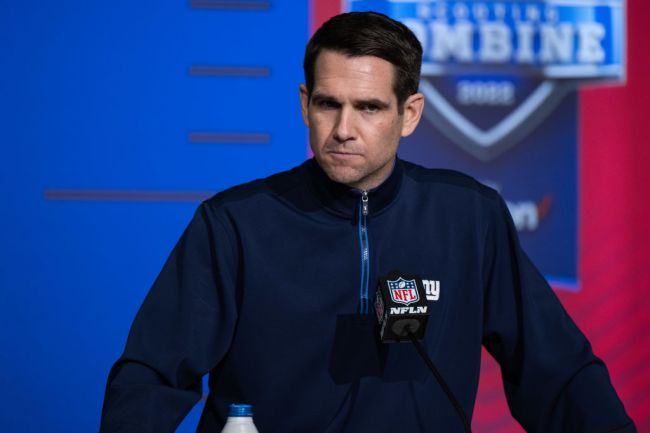 The New York Giants have had more than their fair share of bad draft picks in recent years. They spent consecutive 1st rounders on Ereck Flowers, Eli Apple, and Evan Engram. They used pick 2 to get a running back. They drafted Daniel Jones 11 spots too early and then followed that up by trading up for Deandre Baker, who they waived after a year.

However, it turns out that their worst recent draft decision may not have been any of those. Instead, it may have been their decision to draft Kadarius Toney with pick 20 last season and it seems like the Giants are already prepared to throw in the towel on that pick.

According to the New York Daily News’ Pat Leonard, the Giants are currently making calls to see what they can get in exchange for Toney.

🚨BREAKING: Giants are looking to trade WR Kadarius Toney, making calls on what they can get for their 2021 1st round pick https://t.co/dr3EjB0iDe https://t.co/S8yiQQZYCR

This is a pick that really didn’t make sense at the time the Giants made it. They already had Sterling Shepard and Darius Slayton as expected starters at the position and had just signed Kenny Golladay to a huge contract. That made picking a wide receiver more of a luxury than anything for the Giants.

The Giants have not been a team who could afford to spend picks on luxuries in some time and they could have used pick 20 to address needs on the offensive line, grab an edge rusher, or finally fix their issues at linebacker. All of those remain priorities heading into this year’s draft.

Now, after a year of Toney mostly being injured or a headache, it seems that skipping voluntary workouts was the final straw for the team, who already had questions about his commitment and thought about trying to trade him during his rookie year.

I don’t know what the Giants will be able to get in return for him at this point, but maybe Toney will still have a 2nd round value after his first year in the league. With 3 picks in the top 36, hopefully the Giants do a better job this year than they did last year.