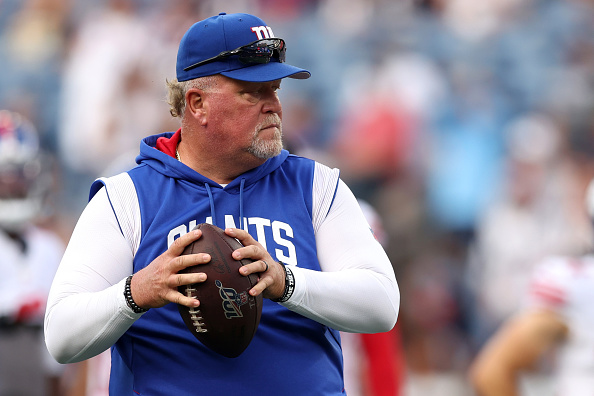 It seems Bill Belichick isn’t too happy with the New York Giants right now. The Giants took on the Patriots in each team’s preseason opener, winning 23-21 on a last-second field goal.

Following the game, Bill Belichick had some complaints about the defensive strategy the Giants used during the game.

”Well, with what the Giants were doing, there’s a lot of reasons for some of the things that we did just to try to manage the game. So, just leave it at that.”

That complaint appeared to be directed at the Giants’ decision to blitz heavily throughout the preseason game. The Giants blitzed 21 times over the course of the exhibition matchup, including 17 times while the Patriots were being led by rookie quarterback Bailey Zappe.

Giants defensive coordinator Wink Martindale was asked about Belichick’s issues with his defense’s repeated blitzes and he didn’t seem too concerned about it. He even used a memorable Belichick line to move on from the question, telling reporters, “We’re on to Cincinnati.”

Bill Belichick complaining about the decisions another team made to get an edge is an interesting turn of events, but it’s likely not something the Giants as an organization particularly care about.

The Giants went out and won their first preseason game with an entirely new coaching staff, a big improvement over last year’s preseason opener where they only managed to score 7 points and lost to the Jets.

The Giants and Patriots unfortunately don’t meet in the regular season to settle this issue, but maybe it will make tings a bit more interesting when their regular season matchup next season.