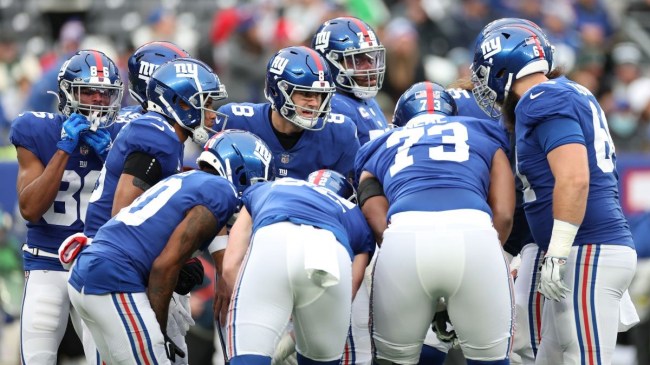 An otherwise ordinary day before Christmas Eve took a scary turn for some members of the New York Giants on Friday evening.

The Giants are in Minneapolis for a pivotal game against the Minnesota Vikings as both teams look to sure up their NFC playoff positions.

On the day prior to the Christmas Eve game, a number of members of the Giants opted to head on over to the Mall of America to check things out.

But that’s when things got scary.

A 19-year-old man was killed according to the Associated Press in a shooting at the mall on Friday night.

here appeared to be some type of altercation between two groups and at one point, someone pulled out a gun and shot the victim multiple times, the chief said. The entire incident lasted about 30 seconds. – via the Associated Press

The incident sent mall patrons running and the massive shopping area into lockdown. Among those patrons were a number of Giants players and general manager Joe Schoen.

Charlotte Carroll of The Athletic reports that several players and team staff members escaped the mall without harm following the incident.

When the incident occurred, the Giants’ security team sent out an alert to let individuals know there was an incident in the mall and to stay in the hotel or shelter in place. People in the mall were asked to text Giants vice president of security Jerry Meade their location, so they could be retrieved by security with assistance from Bloomington police once it was safe to do so.

All of the Giants people were accounted for and returned to the hotel within about 20 minutes of being given the go-ahead, according to the team. – via The Atheltic

New York takes on Minnesota at 1 p.m. ET on Saturday. The Vikings are 4.5-point favorites according to oddsmakers. Minnesota has already clinched first place in the NFC North. While New York currently occupies the second Wild Card spot in the NFC.

The NFL boasts a nearly full slate on Saturday with a further three games set for Christmas Day.