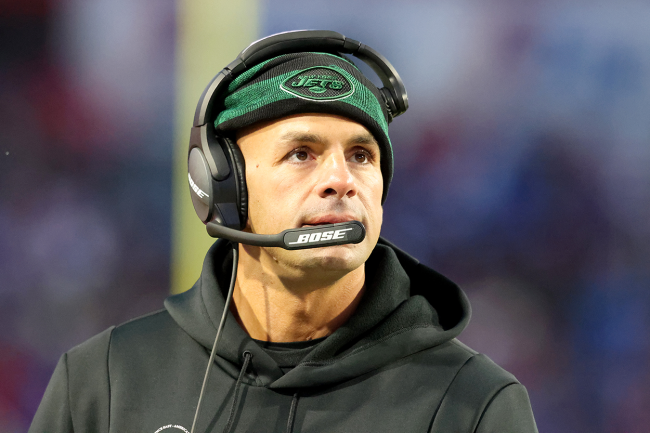 The New York Jets are in a tough spot. Not only have they not made the playoffs in more than a decade, but their rebuilding efforts continue to fail.

Nobody of note wants to play for the Jets and this most recent free agency cycle makes that vey clear.

Under new head coach Robert Saleh, there is hope within the organization can begin to turn things back around. Part of that effort will come with drafting well and developing young players. Part of it will come with signing top, veteran talent around the youth to balance things out and put the best possible team on the field.

While it seems pretty self-explanatory, there is a lot that goes into it. And the Jets are failing.

According to a new report from The Athletic’s Mike Sando, New York was in on a lot of free agents. The efforts primarily failed and the team got embarrassed, again.

Among the most notable names, the Jets were reportedly in the mix to land Tyreek Hill. Instead, he went to their in-division rivals and publicly laughed at the idea of playing for Gang Green.

Hill wasn’t the only one. An NFL executive told Sando that the team is in a tough spot, which makes success very difficult.

“What I heard on the Jets is, they were in on a ton of guys and got nobody,” an exec said. “They don’t have a selling point to players right now. People don’t know what to think of Zach Wilson, players don’t necessarily covet playing in that market, and guys who have choices tend to wind up elsewhere. They are in this weird purgatory.”

While things look and sound terrible, another executive said that the Jets are at least trending in the right direction.

Despite missing out on the notable names, New York did sign some important second and third-tier players. Tyler Conklin, C.J. Uzomah, Laken Tomlinson and Jordan Whitehead are among the new signings who will be ample to make an impact.

“They drafted some decent starters to fill needs, and if they can draft an impact ‘blue’ with those top-10 picks, that is big,” an exec said. “I’m good with the process. The Jets of old would go and spend huge money in free agency and have it not work. Instead of running up the hill, they are hiking up the hill the correct way. They need their young quarterback and young receivers to get better, and then can they be sounder on defense? I don’t think they are ready to jump to the playoffs, but they are getting better.”

While a small step forward is a good thing, the Jets got embarrassed. They had a lot of capital and space to make a big free agent signing or a big trade and did nothing. They got snubbed by top talent and the lack of splash does not reflect well on the organization.