Actual Human Makes Huge Bet On The Jets To Make It To The Super Bowl, Would Have Been Better Off Lighting Money On Fire 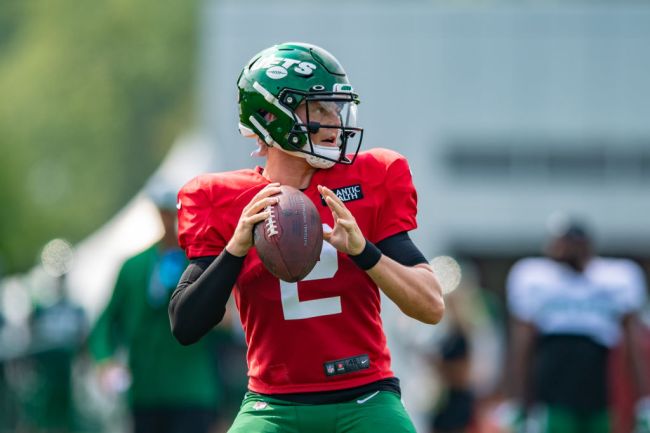 The New York Jets will not win the AFC this season and play in Super Bowl LVI. Unless every starting quarterback in the AFC picks up season-ending injuries early on in the season, there is no world where the reality of the Jets going to the Super Bowl plays out.

One delusional sports gambler has faith in the Jets this season, however. In fact, they have so much confidence in Zach Wilson and the men in green that they wagered $2,751.04 for the Jets to play in the Super Bowl this season. If the Jets do make it to the Super Bowl – they won’t, it’s not happening – the bettor will take home over $209,000.

The payout here is obviously extremely enticing, but given the Jets’ extremely long odds to win the AFC, a couple hundred dollar bet would’ve netted a giant payout as well. Wagering over $2,700 is flat-out crazy, at least if the bettor lit that cash on fire they would’ve been entertained for a few seconds watching it burn.

Maybe the gambler didn’t see the recent quotes from Jets head coach Robert Saleh about Wilson’s first scrimmage. If they did, and still put this cash on New York, this person has some serious faith.

“For most rookies, it’s going to get worse before it gets better,” Saleh said. “It is what it is. There’s a lot of things that happen. There’s a reason why being a rookie is hard in this league.

“There was a Hall of Famer yesterday that was inducted that had a 71 quarterback rating his rookie year. It’s not easy to play quarterback in this league as a rookie. Especially quarterback. It is going to get worse before it gets better.”