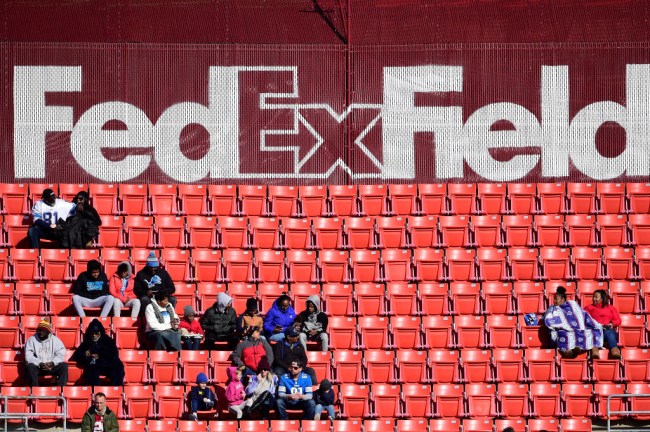 I eagerly await the arrival of March Madness every year because it’s basically the only opportunity you have to crack a beer at noon on a Thursday and tell yourself you don’t have a problem, but I was especially amped for this tournament because I had finally gotten the opportunity to see a few games in person for the first time.

However, I ran into a bit of a problem when it was called off altogether during the 24-hour period that will go down in sports infamy, and while I was initially pretty pissed at the NCAA for canceling it, I eventually realized sitting in Madison Square Garden with 20,000 other people in the midst of a pandemic was a recipe for a bad time.

As things currently stand, there is a zero percent chance I subject myself to any sort of mass gathering in the foreseeable future and I’m certainly not alone, as a survey that was released in April said 72% of Americans will avoid arenas and stadiums like they’ve largely avoided the outside world in recent months until a vaccine becomes available to the general public.

However, that still leaves a sizeable chunk of fans who are willing to shoulder the risks that come with attending a game, and even though most leagues have decided playing without anyone in the stands is better than not playing at all, the financial ramifications that come with doing so are pretty damn staggering.

A couple of months ago, NFL executives estimated teams could collectively lose out on over $3 billion in local revenue this season if forced to play in the absence of spectators, which is a particularly tough blow for an organization that’s already struggling a bit when it comes to attendance numbers.

The league has already instituted a number of supposedly “humanly impossible” guidelines to promote health and safety that have still failed to prevent at least one player on 10 different teams from testing positive. However, it appears they’ve decided to take a different approach when it comes to protecting fans, as The Athletic reports it’s decided the best strategy is to pass the buck to each individual franchise by allowing them to decide how many people they’ll let through the turnstile.

The outlet spoke to an anonymous NFL source who revealed the league’s plan, saying, “Attendance will be a state-by-state, county-by-county thing. It will not be a one size fits all.”

As much as I’d love to think teams will prioritize people over profit, I’m also not the most naive person in the world and it’s incredibly doubtful most organizations won’t do everything in their power to maximize revenue.

It’s still a bit too early to know what the world’s going to look like when September rolls around, but if the multiple states that have seen a spike in cases in recent weeks after deciding preventative measures are overrated and allowing businesses to operate normally during these decidedly abnormal times are any indication, this could be a recipe for disaster.