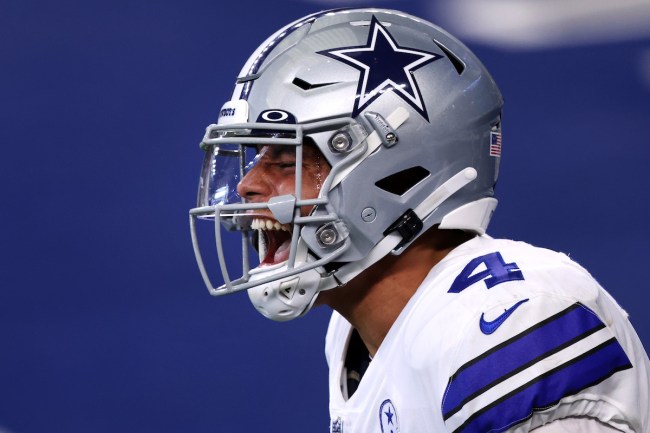 The 2021 NFL Draft is already less than two months away, which seems so weird considering most of us are still recovering from a wild NFL season that made it through a pandemic without too many hiccups. But, as we all know, the NFL offseason stops for nothing, with the league now operating every single day as a 24/7 operation.

While we’ve seen plenty of the normal commentary leading up to the draft this year — with the typical comparisons between incoming players and all-time greats — it’s still exciting to think about which prospects will go where. Sure, we all have a hunch Trevor Lawrence will be taken No. 1 overall by the Jacksonville Jaguars, but after that, nobody really has a clue what might happen.

One thing’s for sure when it comes to the NFL Draft: Expect surprises. Just when many of us think a team’s selecting a can’t-miss prospect, the franchise goes against conventional wisdom and draft expert predictions to shock the league. Sometimes it works out, sometimes it doesn’t, but it sure as hell brings lots of intrigue.

A player in this year’s NFL Draft who has seen his stock rise, dip and rise again is former Ohio State quarterback Justin Fields. Once perceived a top-3 pick by many experts, as typically happens this time of year, many are questioning what type of player he can become once he reaches the league. But NFL analyst Peter Schrager isn’t worried about some of the concerns about Fields, as he recently identified him as a player who has the ability to become the next Dak Prescott — which is pretty high praise.

Appearing on Good Morning Football on Tuesday morning, here’s what Schrager said about Justin Fields and the comparisons to Dak.

“A 20-2 record at Ohio State, threw nearly 70 touchdown passes and had 19 rushing touchdowns in his college career,” Schrager said. “He’s a Heisman finalist from a couple of years ago, 41 touchdowns through the air and just three interceptions. So what’s the comparison for Fields? I know a lot of scouts love what he brings. I’m going to give one that I haven’t seen. I think he reminds me of Dak Prescott, same, similar thick kind of build, has a good arm. Great legs.

Now, look, it’s easy leading up to every NFL Draft for analysts, scouts and fans to compare incoming rookies to great players, so this is kind of standard protocol. However, the similarities between Fields and Prescott are obvious, and, while the latter was only a third round pick by the Dallas Cowboys in the 2016 NFL Draft — which was quite the steal — the former Ohio State player is believed to be taken in the first round.

While Prescott has had his issues and there remains questions about what type of player he is — is he really a superstar who’s worth $30 million a year? — the fact of the matter is, he’s at least an above average quarterback. Ask any franchise going into the draft if they’d take a perennial Pro Bowler and they’d happily say yes. If that’s Fields, one team will be pretty damn pleased with their choice.

The quarterback carousel this NFL offseason has been wild, with crazy trades happening and rumors running rampant. And as John Madden used to say, “If you’ve got two quarterbacks, you have none,” so there are plenty of teams looking to find that leader who can stay under center for the next decade or so. With the comparisons to Prescott, maybe Justin Fields can become that guy for one lucky franchise.