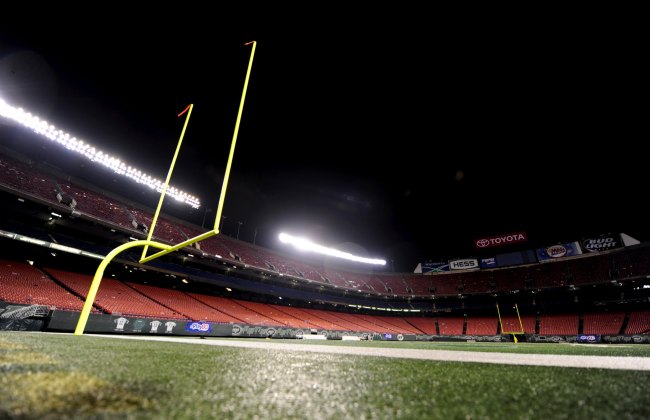 NFL commissioner Roger Goodell spoke to the media via a conference call on Tuesday and addressed how the league was going to handle the pandemic and initializing social justice initiatives for the upcoming season.

Throughout the offseason, Goodell has come out and spoken about how he regretted how the league has handled social justice issues in the past, and now it seems like he’s trying to be proactive in how the NFL addresses them this season.

“The NFL stands with the black community, players, clubs and fans confronting systemic racism,” Goodell said during his conference call. “We will not relent in our work’ The league will honor victims of police brutality throughout season.”

According to NFL insider Albert Breer, Goodell says the NFL will have two messages in the endzone this season “It takes all of us” and “End Racism.”

NFL commissioner Roger Goodell says on a call that the phrases "End Racism" and "It Takes All Of Us" will appear in the end zones this year.

It seems like fans who are on both sides of the political spectrum weren’t impressed with the endzone messages.

That's a relief, I was worried the NFL didn't want to end racism. I'm glad they clarified. https://t.co/wvGLr1w5Xl

Racism has been cured https://t.co/6x4h5VSTP6

Man we don’t care about this. I want an OFFICIAL apology to Kaep and for him to be signed to a team. https://t.co/UIVXIvdvCM

Get Kaepernick back on a roster, or let him head up a division on effective measures to actually bring change. It’s not hard. https://t.co/x7TIbOLn3k

This will end racism! https://t.co/xyQEjBznbp

I can already feel the racism leaving https://t.co/d2afKDeja2