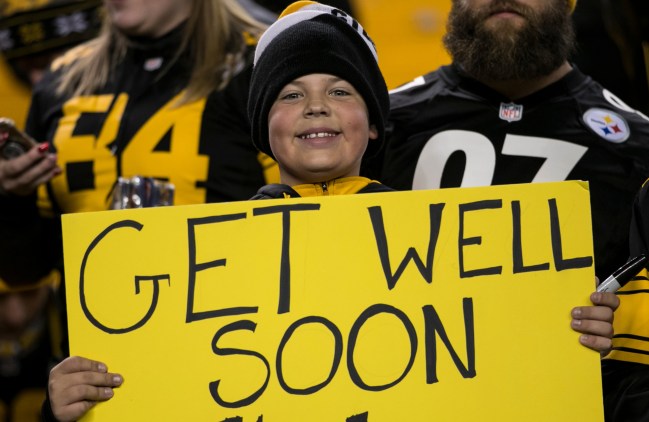 Going as long as we have without the sports that we’re traditionally accustomed to hasn’t exactly been the most enjoyable experience in the world but I also think it’s been a little beneficial when you consider it’s provided us with a bit of perspective that most fans have never really gotten to consider before: they don’t really matter thaaaaaat much.

I mean, it’s kind of absurd how much of our lives they consume in the first place, as the vast majority of sports are, at their core, really just a version of territorial warfare. With the (semi)exception of college athletics, the only reason most people started caring about the teams they root for in the first place is because they played their home game in the geographic area where they went to elementary school (a time when we decide on the dream job we’ll eventually abandon by middle school but choose the teams we’ll root for until we die).

There are obviously people out there who feel a connection to the cities where their teams are based but I highly doubt there are many who love them equally and bet there are plenty more who could not care less about the place where they play their games? Is there anyone who actually thinks people who root for the Blue Jackets could give a flying fuck about Columbus, Ohio? Absolutely not.

So why do we care so much? Well, sports allow us to experience all of the thrills that come with engaging in battle without having to subject ourselves to the violence on the frontlines (with exception of certain soccer matches and Raiders games). Over time, you eventually reach a tipping point where you’ve irrationally invested so much emotion into a team that you just can’t force yourself to leave.

Diehard fans appropriately love to resort to hyperbolically macabre phrases when it comes to showcasing how attached they are, whether they’re bemoaning a team’s struggles by saying “They’re going to kill me” or expressing their love for a certain player who they “would die for.”

If you’re an NFL fan who fits that description, I have some fantastic news for you, as starting this season, there’s a chance those scenarios can play out in real life!

The majority of people don’t seem to be in any rush to attend a game in person at any point in the foreseeable future but there are still plenty of others willing to subject themselves to the risks that come with doing so, and last week, the NFL revealed they’ll have the chance to do exactly that by allowing teams to choose how many people to let into the stadium.

However, according to The Athletic, presenting their ticket may not be the only thing they’ll need to do to get through the gate, as the league is reportedly exploring the possibility of making every fan sign a waiver that will protect the NFL from potential lawsuits if anyone becomes infected while in attendance.

The NFL is obviously covering its ass here and you have to wonder if it’s even that necessary, as it seems unlikely there’d be a way to trace a case back to a game with 100% certainty if someone believed they contracted it there. On the other end of the spectrum, some legal experts say it’s doubtful the waivers would hold up in court so who the hell knows what’s going to happen?

Of course, “Who the hell knows what’s going to happen?” is basically the official slogan of 2020 so I’m just going to sit back while confined indoors and wait to see how it all plays out.