Only One NFL Game, Airing On Fox, Will Have Virtual Fans On Sunday With Possibly More To Come 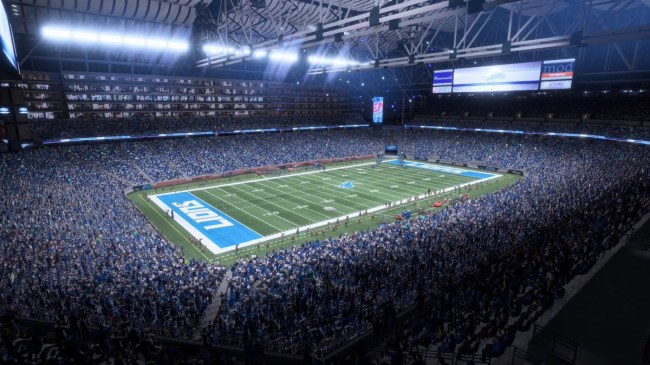 After much speculation, fueled by comments made by Fox NFL broadcaster Joe Buck, it turns out that, so far, at least during week one of the NFL season, only one game will be aired utilizing fake fans in the stands.

John Ourand of the Sports Business Journal, reports virtual fans will only be seen in the stands during the Chicago Bears vs. Detroit Lions game that will air Sunday at 1 p.m. ET on Fox.

“We didn’t get a pre-season game on the NFL to do everything that we wanted to do and really look at it,” Fox Sports Executive Producer Brad Zager told Ourand. “Before we rolled it out everywhere, we wanted to have a game that we could focus on, and we’ll see what happens from there.”

NBC decided against using virtual fans for “Sunday Night Football,” saying it was too difficult — both technically and financially — to build virtual fans into every angle for all 25 cameras. That results in some shots showing virtual fans and some shots showing empty seats, which felt too gimmicky to “SNF” executive producer Fred Gaudelli. “This is not a shot at Fox because I think what they’ve done is tremendous, but it’s just not realistic,” he said. “It just didn’t feel right to me.”

Here's a look at the virtual fans at Wrigley Field for the Cubs-Brewers game on Fox. pic.twitter.com/rmA5lENFRH

Virtual crowd noise, on the other hand, will be happening in numerous NFL stadiums on opening weekend as at least 20 NFL teams have already said they will not have any fans inside the stadium when their seasons begin at home.

Here’s the full memo from the NFL on the use this season of pre-recorded audio, which will be monitored by NFL Football Operations. Any person or club caught attempting to manipulate the league-curated audio will be subject to fines, suspensions or potential lost draft picks. pic.twitter.com/J7v7LYaxWD

The Dallas Cowboys will not be one of those teams, according to Jerry Jones, and NFL commissioner Roger Goodell, for one, doesn’t think that will give teams like Dallas a competitive advantage.