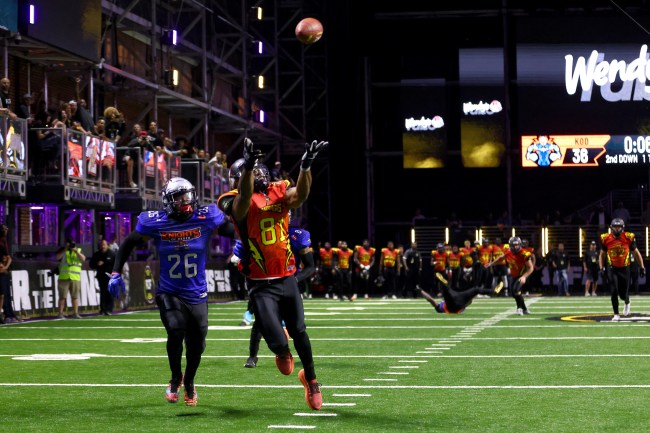 The Fan Controlled Football league has been a fun experiment for football fans during the NFL offseason. The league has brought back some fan favorite players and given them a chance to get back in the spotlight.

Now, one of those players has become part of a first for the league. Yesterday, the league announced its first trade ever and the deal included NFL legend Terrell Owens.

WE OFFICIALLY HAVE THE FIRST TRADE IN FAN CONTROLLED FOOTBALL HISTORY https://t.co/cTPoVArxbl pic.twitter.com/lXV3cPNJdT

The deal also sees the Beasts trade WR Jacoby Herring to the Knights of Degen in return for QB Dentarrius Yon. The deal was agreed upon by the teams’ owners and then had to be approved by fans with a 70% supermajority.

Now Terrell Owens will be catching passes from Ed Crouch as a member of the 3-1 Knights.

This move should create some controversy for the Zappers as they now have a QB competition on their hands with Johnny Manziel previously leading the squad. The team also recently acquired former Clemson and Missouri quarterback Kelly Bryant, giving them 3 QBs on their roster who could all take snaps.

The Zappers will take on the Shoulda Been Stars on Saturday’s Fan Controlled Football slate in their first game without Owens while the Knights of Degen will get to show off their new star on Saturday night against Bored Ape FC.