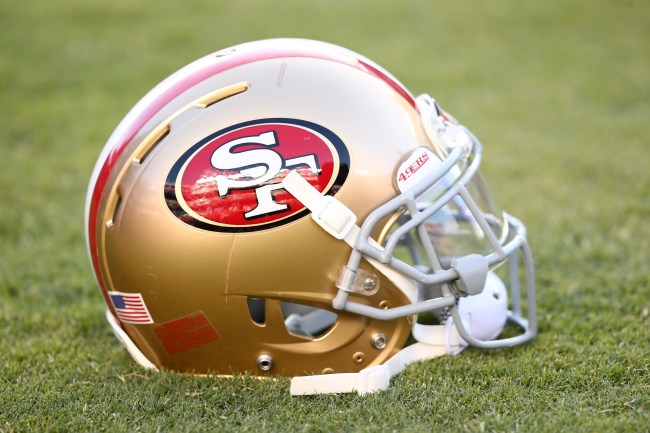 Back in May, it was reported that the NFL was testing protective face masks made of surgical or N95 material. Thom Mayer, the NFL Players Association’s medical director, stated that “there will probably be a recommendation” that the NFL uses such masks to protect players from the coronavirus.

Mayer also suggested that it was realistic to imagine that a new-look helmet could cover a player’s entire face mask. A wild-looking prototype helmet made the rounds on social media back in June that looked more like a lacrosse helmet than a football helmet, but now we have images of the Oakley mouth shield for helmets that the league is set to test drive.

According to ESPN, the mouth shield has already been sent to both the Rams and Chargers as both teams are close to Oakley’s home base.

The NFL has unveiled a mouth shield to combat the coronavirus.

Currently, there is no mandate to wear the new product, but the NFL's medical experts are advocating for the use of the protective equipment. https://t.co/WFM1b5jnRd

As of right now, there is no mandate to wear a face shield, but the league’s medical experts are advocating for that to be the case. The technology used in the mouth shield is the same used by skiers and military personnel for enhanced color and contrast in visors.

“Plastic sheets extend down and attach to the face guard. There are airways and openings on the mouth shield but none that allow the direct transmission of droplets, according to the chair of the NFL’s engineering committee, Dr. Jeff Crandall.”

“Quarterbacks who tested them recently were able to effectively call out plays, Mayer said, following initial responses that the sound was too muffled. There was also broad consideration given to field of view.”

“Crandall said that Oakley has conducted internal testing in which it has sprayed particles of fluid to represent droplets expelled by players and has seen a high success rate of blocked transmission.”

New safety and health measures will likely be implemented in a lot of different areas when it comes to the NFL this season. Not only could we see an increase in players electing to wear visors, but we could see these mouth guard become mandatory as well.