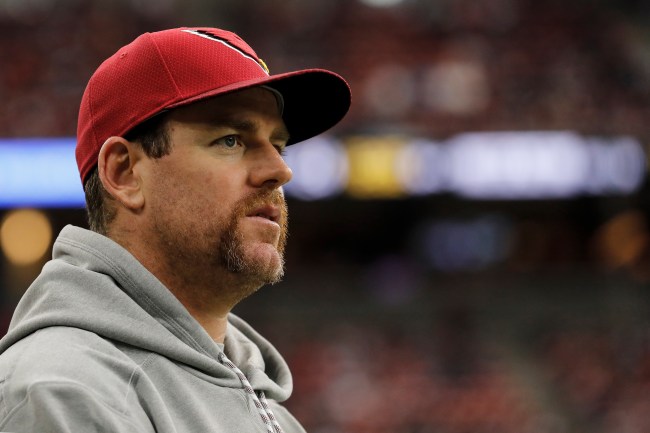 The NFL playoffs kick-off this weekend, and fans everywhere are stoked to do nothing but bum around on the couch and catch all the action — well, maybe that’s just me? Anyway, with the “tournament” officially beginning, there’s a lot of pressure on players and coaches to tighten up small things and focus on playing their best game, as one mistake could end a team’s season.

With the drama of the NFL playoffs in the air, I’d imagine some young players are losing sleep over the thought of what it’ll be like playing in the postseason for the first time, knowing that, in a few short weeks, they could be playing in the Super Bowl should their team be lucky enough. Players are probably anxious. They’re probably psyched. They’re probably excited. Their adrenaline will probably be running 100 miles per hour on gameday. And they’ll probably need to catch their breath after pre-game warmups to adjust to the atmosphere in the stadium.

But, if you ask former NFL quarterback Carson Palmer, none of those feelings actually happen to players. That’s because, per FTW.USAToday, the recently retired Palmer told FS1 today that he thinks the media overstates the challenges and pressures of playing in the NFL playoffs, and even compared the feeling to the first game of the season.

“It’s not as big as we all make it to be on the outside – we’re talking about it every day, we’re hyping it up. I felt like, as a player, you could kind of relate it to Week 1.

Well, talk about a Debbie Downer, huh? Guess Carson Palmer didn’t have all those pre-game jitters that some other players talk about before playing in the NFL playoffs. Or maybe he just handled his nerves a helluva lot better than other guys. Either way, some of those first-year or young players hope that Palmer’s take is true, because this is the time of year where they can either become a stud, or be known as a dud.