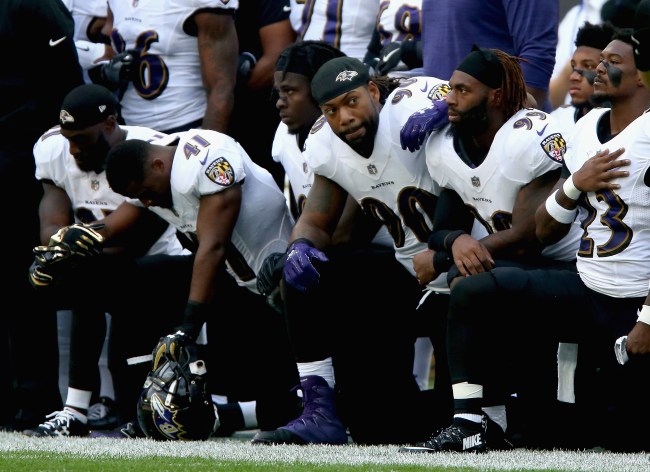 Guys, the NFL season starts in (*checks calendar*) less than two weeks, so excuse me if I come across as a little bit excited about it. After about eight months of dealing with a pandemic that doesn’t seem to have an end in sight, it’s about time we all have something to look forward to, right? Well, a bunch of dudes knocking the snot out of each other on a football field seems to be the perfect reason for optimism.

Of course, just because the NFL season is about to kick-off doesn’t mean it’s immune to all the things going on in the world. From the aforementioned pandemic — which has been handled terribly from the beginning, and has caused sports everywhere to rethink and re-evaluate pretty much everything — to the social issues going on all around the country, the return of football won’t just alleviate these problems. But, damn, it sure will help all of us feel like a sense of normalcy again; if there is such a thing in the year 2020.

However, before we all celebrate our favorite players and teams returning to the gridiron, we’ve got to remember one thing: These guys are human, and, like all of us, are feeling the impact of all the crazy things happening in the world.

After the NBA players protested playoff games earlier this week, a new report about players sitting out some games during the NFL season has now surfaced, with longtime NFL reporter Jim Trotter recently tweeting details out.

NFL owners should be careful. A few prominent Black players are telling me they want to sit out a game to make their feelings felt & force change/action. They are tired, frustrated and emotional. It’s only a few at this point, but sparks become flames & flames become infernos.

That’s an incredible line in the sand from the players, assuming Trotter’s report is accurate, and really goes to show how some of these guys are using their platform to stand up to the issues at hand. Regardless of your political view (because, fuck that, I’m not here to argue which side you’re on), you’ve got to applaud the players who are considering this type of protest all in the name of change.

On the flip side, imagine being Colin Kaepernick right now, who peacefully kneeled years ago as a way to draw attention to the police brutality that has been happening ever since. Instead of being looked at as a leader at the time, the dude was blackballed and has yet to even sniff an NFL opportunity again.

Back to the report of players protesting games this season; Pro Football Talk added one wrinkle that, naturally, discusses potential punishment should guys opt to sit out games. However, that doesn’t seem to matter to players right now who may think about sitting out a game to protest.

There could be significant potential consequences for what would amount to a wildcat strike, whether launched by a handful of players or entire teams. The players, in this moment, don’t seem to care. Also, it would be unseemly for the NFL or its teams to take legal action against players who decide not to play in order to bring more attention to larger societal issues.

It’ll be interesting to see what happens in the coming weeks and months given the shitshow that America has become over the past year. And, if that means players protesting by sitting out games this NFL season and it actually leads to some change, we should all support it.