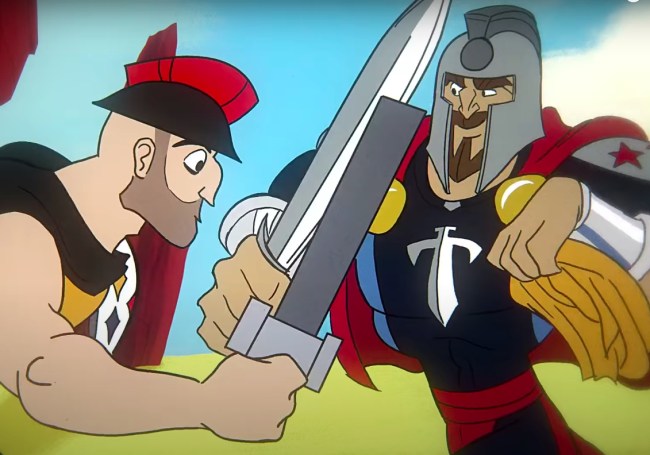 Compared to the amount of sports news we’re traditionally treated to around this time of the year, the past couple of months have been slower than a sloth on heroin, as a virtual lack of events has left fans hungry for basically anything capable of reminding them of the world we once took for granted.

With the NBA, NHL, and MLB all essentially in a holding pattern, the bulk of the burden has been shouldered by the NFL, which has been doing what it can to conduct operations as normally as it possibly can. While the virtual draft may have not been as exciting as its predecessors, it was still better than nothing and watching Roger Goodell try to stop himself from falling asleep while chilling in his basement made for more compelling television than I ever would have guessed.

Last week, the league announced it was planning on releasing its schedule for the upcoming season and confirmed it wouldn’t be impacted by the current situation only to subsequently reveal the slate of games would be rolled out over the course of a three-hour broadcast that I’m not sure even the most desperate fan thought was necessary.

Thankfully, there were other ways to find out who your team will be facing off against in 2020 assuming everything goes to plan, as franchises around the league dreamed up a bunch of unique ways to unveil their schedules in the form of a number of creative videos that popped up online on Thursday night.

The Bills, Cowboys, and Chargers all recruited a number of frontline workers to announce their schedule, with videos from those first two teams featuring clips of various members of both organizations thanking them for their contributions, which was one of the cooler gestures of the night.

This year is different for everyone…

So we thought we’d have our heroes introduce the 2020 schedule. #GoBills pic.twitter.com/1utsqTi3si

Thank you to the frontline workers who have helped us announce the 2020 #DallasCowboys schedule. We couldn’t get back to football without you! 💙

this year is different, so we did something different… our 2020 schedule release 💛 pic.twitter.com/odonJJJ3Gc

Bill Belichick’s dog—the undisputed star of the most recent draft—was also tapped by the Patriots to provide some assistance.

Schedule release? The #Patriots have joined the call.

The 49ers went the Westworld route and I would say they pretty much nailed it.

Freeze all motor functions. The 2020 schedule is here. pic.twitter.com/SwB2YjOpCh

The Broncos also wandered down the television path with their take on the Full House intro.

You wanted the schedule?

You got it, dude. pic.twitter.com/qxRtusUVGJ

The Lions took the Planet Earth approach, and while the eight-minute runtime was probably a bit excessive, it’s not like you’re doing much else with your life right now.

This is your world. Prepare to see it as never before…

The Packers channeled their inner Ben Wyatt with a stop-motion video but missed out on a fantastic opportunity to use a R.E.M. song for the background music.

The Bears recruited well-known music director Cole Bennett to put together their video and it appears he tapped the Taiwanese animation studio that regularly went viral for its coverage of news events in the early 2010s to contribute to the cause.

However, the Titans are easily the undisputed champions thanks to the 80s-style cartoon montage they threw together with a little help from Papa John’s.

Sure, these might not be able to provide the same amount of entertainment as the games they’re hyping but I’ll take whatever I can get right now.