New Report Details How Some NFL Teams Feel About Baker Mayfield, And It’s Not Great 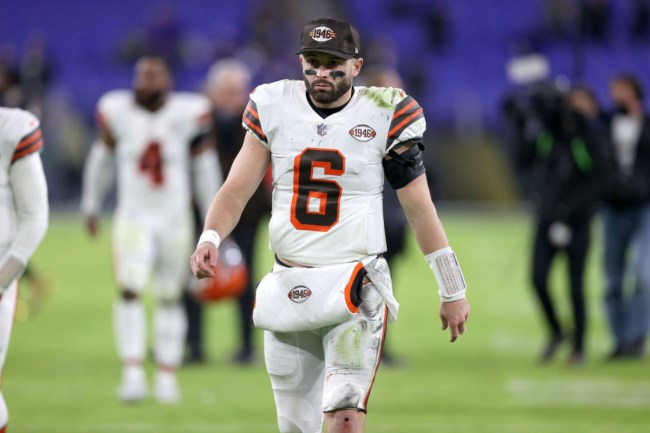 Baker Mayfield is still a Cleveland Brown. While he’s made it clear on multiple occasions that he doesn’t want to be a Brown anymore, he could remain in Cleveland for as long as Deshaun Watson’s ongoing legal battles continue.

Mayfield has been linked to a number of teams around the league, and most heavily with the Carolina Panthers, but a deal has yet to be made.

There have been countless rumors about Mayfield this offseason, and a new report goes into a bit more detail about why the QB hasn’t landed with a new team yet.

According to NFL reporter Jordan Schultz, teams around the league are questioning his ability to lead.

“There is a sense around the league that Baker Mayfield is still a really immature guy and he hasn’t been the leader of that locker room,” Schultz told ‘The Pat McAfee Show‘ on Thursday.

"There is a sense around the league that Baker Mayfield is still a really immature guy & he hasn't been the leader of that locker room" ~@Schultz_Report#PMSLive pic.twitter.com/w6m7WLdMgw

Mayfield’s maturity level has been questioned going back to his college days at Oklahoma and after four seasons some teams are still posing that same question.

Surely the shoe will fall sooner rather than later with Mayfield, and Cleveland will trade him, but we’ve been saying that for months now.