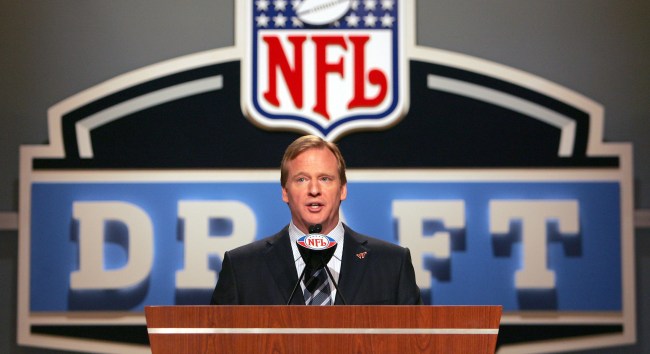 The NFL draft process in the 21st century now involves many more metrics and one of those is a player’s social media posts. Yes, really.

According to Jay Glazer of The Athletic, now NFL teams will take players from their draft boards completely over controversial social media posts.

Except for the Miami Dolphins, of course, who are reportedly in full-on tank mode…

For any college football player who’s reading this, yes, teams hire firms now to go and scour all your social media to uncover all of the stupid stuff you said over the years. All these firms do is go back into all these kids’ Instagram posts, Twitter posts and Facebook posts over the last 10 years. The stuff they pull up from these accounts is unbelievable. I was in a General Manager’s office two years ago, he said, “Jay, you’ve got to see this.” This kid said the dumbest stuff you could ever imagine on social media. I’m not going to repeat the language he was using, but they were kind of laughing, saying, “Well, this dipsh*t’s off our board.”

Then again, finding something offensive on a draft pick’s social media account can also be used in a team’s favor… if they “leak” the posts so, say, a potential franchise quarterback can fall to them on draft night. Just sayin’.