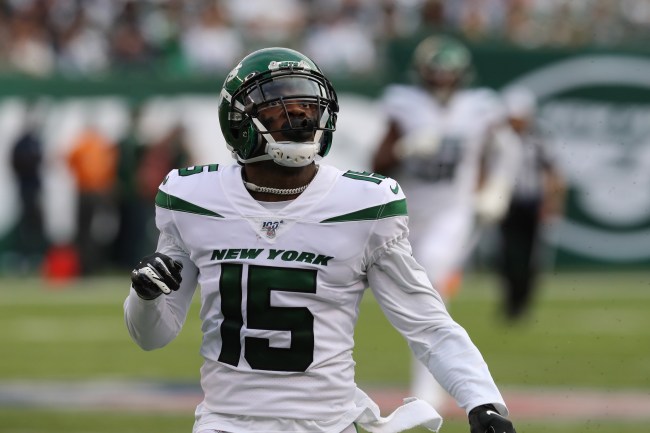 31-year-old Josh Bellamy, who was recently cut by the NY Jets before the start of the season is facing some serious jail time after being accused of participating in a scheme that stole millions in PPP loan money from the government meant to help small businesses during the Coronavirus pandemic.

Ex-#Jets WR Josh Bellamy was arrested this morning and charged with wire fraud, bank fraud, and more for his alleged role in a scheme to file fraudulent loan applications seeking more than $24 million in PPP Loans. He was cut yesterday. More here: https://t.co/J0Ynp2tVyN

According to TMZ, law enforcement alleges that Bellamy would request PPP loans for his business using false documents and would then recruit others to do the same while taking a cut of their profits.

The alleged conspiracy is complicated but boils down to this …

Officials believe Bellamy not only requested PPP loans for his own company based on false records … but would then recruit others to apply for giant loans — and when that money was received from the government, Bellamy would take a sizable kickback from the borrower.

Bellamy and his associates allegedly received $17 million in government loan money but instead of using it for his businesses, Bellamy used the money to buy extravagant gifts for himself.

Prosecutors say neither Bellamy nor his co-conspirators put the money toward their businesses — instead, Bellamy blew a fortune on things like custom jewelry, designer clothes and casino trips.

They also claim he dropped more than $62k during a recent trip to the Seminole Hard Rock Hotel and Casino.

Of the requested $24 mil, officials say Bellamy and his co-conspirators received roughly $17.4 million in PPP loans.

Yeah, Bellamy and his friends are going to be in jail for a long time if found guilty.