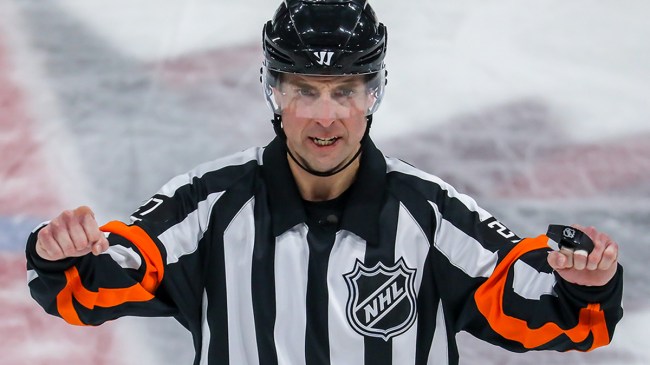 Instant replay might not be the perfect solution when it comes to solving the many officiating issues that have routinely caused sports fans to yell (and throw various objects) at their televisions, but it’s still been a very welcome addition when it comes to reducing headaches that highlight the fallibility of man.

Sure, there may be issues related to pace of play and certain experiments (like the NFL’s pass interference debacle) that managed to exacerbate the failings they intended to address. However, I think the vast majority of people are more than happy to endure those shortcomings in favor of the incredibly welcome benefits replay has provided.

That’s certainly the case with the NHL’s current system, which has reduced the drama around plenty of murky rulings but is certainly no stranger to controversy thanks to facets including the league’s overly judicious approach to offside calls and the inability to review some fairly crucial plays.

There are also some pretty baffling policies, including one that allows referees to take a closer look at any penalty that was originally ruled a five-minute major on the ice. While officials are allowed to reduce the call to a two-minute minor, there’s been no option to rescind the penalty entirely in situations where it’s clear there was no actual infraction—like when Taylor Hall was sent to the box for a phantom high stick on Nathan MacKinnon last season.

Thankfully, that will no longer be the case when the NHL gets back in action next month. According to Scouting the Refs, Rule 20.6 (the policy in question) has received a small tweak that could have relatively large ramifications thanks to a third option the refs now have when reviewing a major penalty: