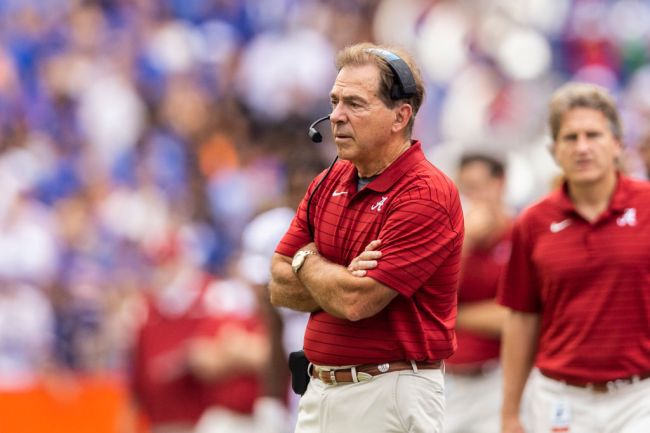 Nick Saban is undoubtedly one of, if not the greatest college football coach of all time. While he’s a genius on the sideline, he’s also great at recruiting. You can be a great coach, but unless you get the most talented players on the field, you’re not going to cakewalk to winning three national titles over six seasons as Alabama has.

Sure, Alabama recruits itself these days given its success over the last decade, but that’s a credit to Saban recruiting – and getting – the right guys on campus to continue the dynasty.

During his weekly radio show appearance, Saban shared what exactly he tells these recruits when he’s pitching them to sign with the Tide. He goes about it differently than you’d probably imagine.

Again, most elite high school players don’t need a pitch from Saban to get them to commit to the Tide, but it’s still interesting to get an inside look into what Saban tells prospects around the country.