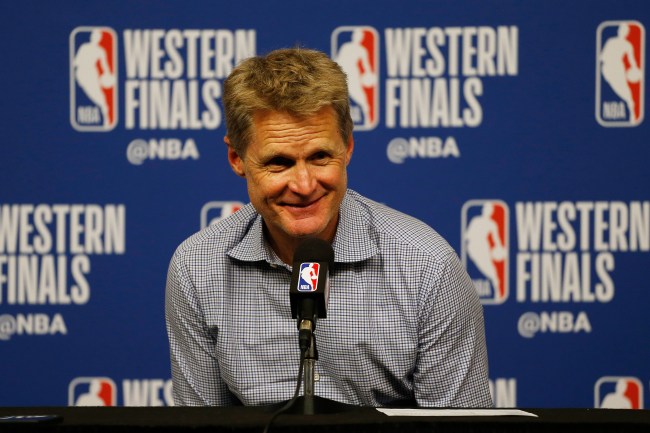 Steve Kerr apparently likes to get his smoke on.

On a recent interview with 97.5 The Game, a sports radio station in the Bay Area, former Warriors guard Nick Young claimed that Kerr is the best blunt roller in the NBA.

Nick Young was asked yesterday on 95.7 The Game who rolls the best blunt in the NBA. His answer?

Kerr has been a strong proponent of legalization of Marijuana in the past.

Back in 2016 Kerr said he smoked a few times when he was going through back pain.

I guess maybe I could even get in some trouble for this, but I’ve actually tried [marijuana] twice during the last year and a half when I’ve been going through this pain, this chronic pain that I’ve been dealing with,” Kerr told host Monte Poole.

“A lot of research, a lot of advice from people, and I have no idea if I would — maybe I would have failed a drug test. I don’t even know if I’m subject to a drug test or any laws from the NBA, but I tried it, and it didn’t help at all. But it was worth it, because I’m searching for answers on pain. But I’ve tried painkillers and drugs of other kinds, as well, and those have been worse. It’s tricky.”

He also says he hoped that the NBA would soften it’s stance on weed.

“You’re seeing that change in these laws that you’re talking about in different states, including California. But I would just hope that sports leagues are able to look past the perception. I’m sure the NFL is worried that their fans are going to go, ‘All the players are potheads.'”