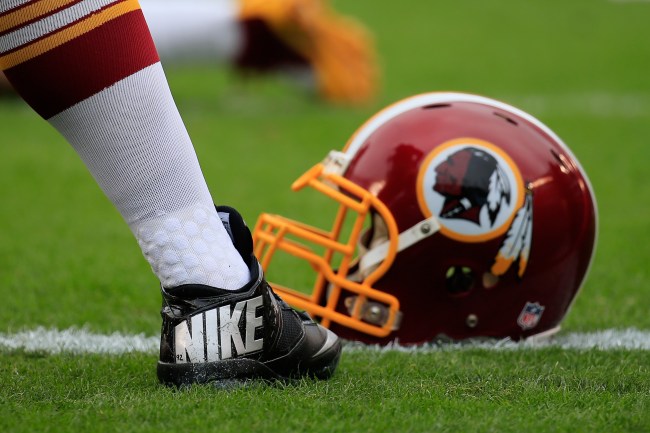 It appears that FedEX isn’t the only sponsor who is putting pressure on the Washington Redskins to change their name.

On Thursday night, just hours after it was reported that FedEX had asked the team to change their name, many noticed that all Redskins apparel had been removed from Nike’s website.

It appears that Nike has removed all Redskins clothing from their website. If you go to Nike’s website, they have apparel for all the NFL teams currently ; except for Washington.

Nike has removed all Washington football team products from their website. pic.twitter.com/xaSuNT3C7B

yooo @nike has removed all washington redskins paraphernalia from their website 👀👀 pic.twitter.com/SOpprxD2zk

Earlier in the week, 87 investment firms that are responsible for more than $620 billion in assets wrote three separate letters asking Nike, FedEx, and PepsiCo to end their business relationships with the NFL’s Washington Redskins until the team decides to drop their “racist name.

In one of the letters, the investors specifically condemned Nike for selling millions of dollars worth of Redskins apparel to fans that feature “the team’s racist name and logo.”

We are writing to you today to urge Nike to terminate your business and public relationships with theNational Football League’s (NFL) Washington D.C.franchise, if it does not stop using the name “Redskins.” Many of us have raised this issue with Nike for years to little avail. But in light of the Black Lives Matter movement that has focused the world’s attention on centuries of systemic racism, we are witnessing a fresh outpouring of opposition to the team name. Therefore, it is time for Nike to meet the magnitude of this moment, to make their opposition to the racist team name clear, and to take tangible and meaningful steps to exert pressure on the team to cease using it.

Nike continues to provide uniforms and equipment to the Washington D.C. NFL football team which bears the logo and name. Further, it produces and sells thousands of jerseys and other apparel with the team’s racist name and logo. This association with and facilitation of the racism inherent in the name and logo runs contrary to the very sentiments expressed by the company.Therefore, the undersigned 87 investors representing over $620 billion in assets, ask you to move beyond the words on paper and to live up to the principles Nike asserts by applying them to your apparel relationship with the Washington D.C. NFL football franchise– terminate your business and public relationships with the franchise, if it does not stop using the name “Redskins.”