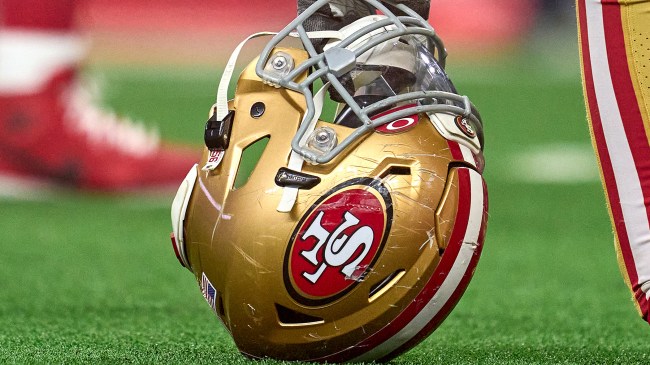 On Sunday night, the San Francisco 49ers punched their ticket to the NFC Championship Game with a 19-12 victory over the Cowboys to ensure one of the most unlikely success stories to come out of the NFL this year will continue for at least one more week.

The franchise has lived up to the expectations surrounding it heading into the season, but it’s taken a very interesting route to get there. After losing Trey Lance and Jimmy Garapollo to injury, the 49ers had to put their faith in Brock Purdy, the rookie quarterback who has defied the “Mr. Irrelevant” label by winning all seven of the games he’s started stretching back to his NFL debut in Week 14.

Purdy has gotten plenty of help from his receiving core and the defense that has played a major role in San Francisco’s impressive showing. They’ll be facing an uphill battle in the upcoming contest with the Eagles where they’re currently listed as 2.5-point underdogs, but history will suggest Philadelphia will need to brace itself for an incredibly physical battle based on one pretty eye-opening stat.

The 49ers posted a 13-4 record over the course of a regular season where they routinely managed to wear their opponents down to a point where every single team that played San Francisco this year lost the following week (the Chiefs were the only team to record a win in their next game, but they had the benefit of the bye week).

There’s no telling who will ultimately represent the NFC in The Big Game. However, that trend suggests the Eagles are probably very glad the NFL declined to embrace a contingency plan that could’ve resulted in the league eliminating the bye week between the conference championship and the Super Bowl in order to allow the Bills and the Bengals to finish the contest that was ultimately canceled in the wake of the Damar Hamlin incident.