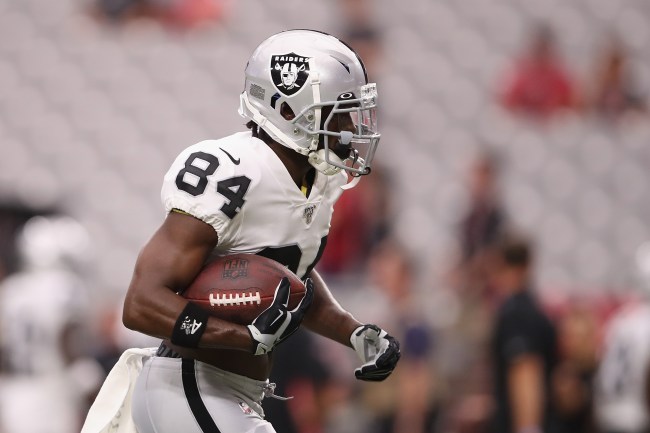 Antonio Brown’s time in Oakland is officially over.

This morning the Raiders officially released the star wide receiver after a series of bizarre events this week.

An explanation for why #Raiders WR Antonio Brown was so upset, from AB to me: “Told me do not come in Thursday. Bad my name. Then come work, give two papers after the press conference. No guaranteed no way."

If you are keeping score at home: #Raiders WR Antonio Brown was not playing Monday night, then was playing, then asked to be released, now got his answer and was released.

Last night the team decided to void the $29 million in guaranteed money in Antonio Brown’s contract when they fined him for his latest incident with GM Mike Mayock.

By fining Brown, the Raiders voided the $29.125 million worth of guaranteed money in his deal, sources told Schefter.

In addition, the Raiders sent Brown a letter that he no longer will be entitled to termination pay in the event that they release him, sources told Schefter.

I just got an email from Antonio Brown. He tells me the team “took away my guarantees.” He added there’s “no way I play after they took that and made my contract week to week.” So at this moment, once again, don’t expect AB to play on Monday Night Football.

I have worked my whole life to prove that the system is blind to see talent like mines.Now that everyone sees it, they want me to conform to that same system that has failed me all those years. “I’m not mad at anyone. I’m just asking for the freedom to prove them all wrong.” Release me @raiders #NOMore #theyputblindersonahorseforareason #NoMoreFake

It appears that Brown didn’t make any money in his team with Oakland.