An Oilers Fan Took Home $1.6 Million From A Record-Setting 50/50 Raffle 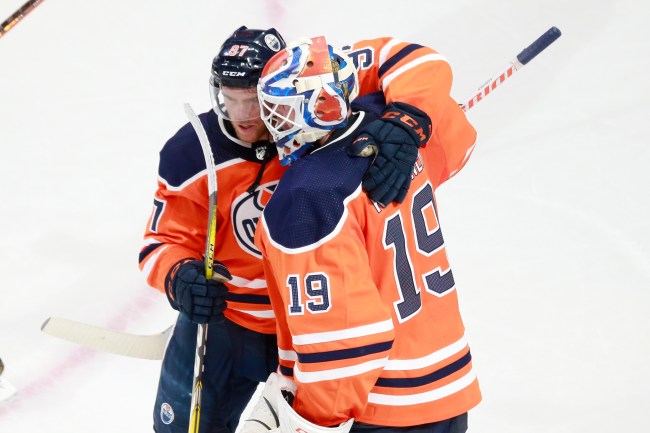 According to the Edmonton Journal, the previous world record for the largest-ever 50/50 raffle was ‘a total pot of $1,413,630’. That record was set by the Vancouver Canucks back in 2018 but this new world record more than doubled that amount.

The total pot raked in on Monday’s 50/50 during Monday night’s Edmonton Oilers game against the Chicago Blackhawks was an almost unbelievable amount. The total pot was over $3 million and the lone winner took home $1.6 million with a magic ticket number of ‘A-13893018’. A lump sum of $1.6 million is great for any lottery but for a 50/50 this is almost unfathomable.

The current NHL bubble is what made this possible because the 50/50 raffle was opened up to online ticket sales and ‘any adult’ in Alberta, according to the Edmonton Journal.

The Oilers Community Foundation and associate minister of red tape reduction Grant Hunter tweeted that the $3.2 million pot set a new world record for 50/50 sports raffles. The NHL and multiple news outlets reported that a Vancouver Canucks raffle set a world record in 2018 with a total pot of $1,413,630.

“Congratulations to the Oilers foundation on making record-breaking 50/50 jackpot numbers last night,” said Hunter in an email statement. “I’m glad we were able to play our part by cutting red tape to allow for the use of online 50/50 ticket sales.”

The provincial government announced on July 10 that Alberta Gaming, Liquor and Cannabis would allow for online sales during large 50/50 raffles. Any adult Albertan is now eligible to buy a ticket. (via)

A funny stat in that article is how this $1.6 million payday for the 50/50 winner is actually more than the annual salary of six players on the Oilers starting roster and it is double what Tyler Ennis earns in a year ($800,000) and he even scored a goal in that game on Monday.

The Oilers won that game 6-3 with a Connor McDavid hattrick and tied the series up 1-1. They lost Game 1 to the Blackhawks after falling down early and ruining my $100 5-leg NHL parlay that would’ve paid out $2500, the only leg of the five games that I didn’t pick correctly.