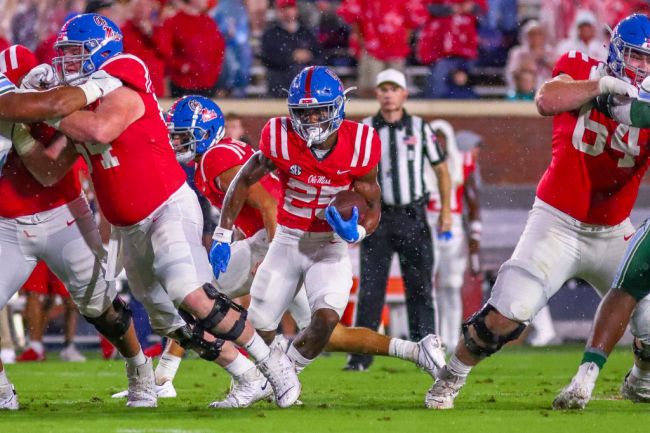 The Ole Miss football team will be wearing plenty of denim this fall.

Blue Delta Jeans has offered every player on the Rebels’ roster with a deal for their names, images and likenesses. Players who decide to except will have an opportunity to cash-in.

Each athlete will receive a custom pair of jeans with a retail value of $450 each. In exchange, each player will post in promotion of Blue Delta on social media at least one time per month from September 2021 through January 2022.

Additionally, the athletes who accept the deal can earn $100 for each pair sold using their unique promo codes. A player will get an additional pair of jeans for every 20 times that his code is used. There is no limit on how many pairs can be sold through their codes.

Blue Delta, which is based out of Tupelo, Miss., was founded in 2011. It is a custom jeans manufacturer that bases the fit of its jeans on 16 different measurements.

“Because we are a jean that anyone can wear, we wanted to fit everybody on the team,” CEO and co-owner Josh West said.”(Doesn’t) matter your shape or size or what your job is. We can fit you.”

That goes for the biggest of defensive linemen to the smallest of skill players.

I love this photo of @Isaiahiton2 from his fitting today because he looks like he’s having so much fun! NIL has been such a pleasure to cover. pic.twitter.com/tEeQOMyGmR

According to West, the company currently employs 47 people— 30 of which do the sewing — and their clientele is no joke.

Blue Delta is providing the jeans for Team USA in the Ryder Cup and has clients that include ESPN’s Kirk Herbstreit and several Ole Miss coaches, among others.

Name, Image and Likeness is still a new concept in college sports. Back in July, athletes were granted the opportunity to profit off of their own person. Since then, multiple athletes have cashed-in— from D-I, all the way to D-III.

Blue Delta is the second reported company to offer a deal to an entire team. All 90 scholarship players at Miami were offered a deal with a local MMA gym.

Nevertheless, what Blue Delta is doing is unprecedented. Numbers are not reported as to how many players took the company up on their offer, but indications would allude toward a solid number, making the investment worth it.