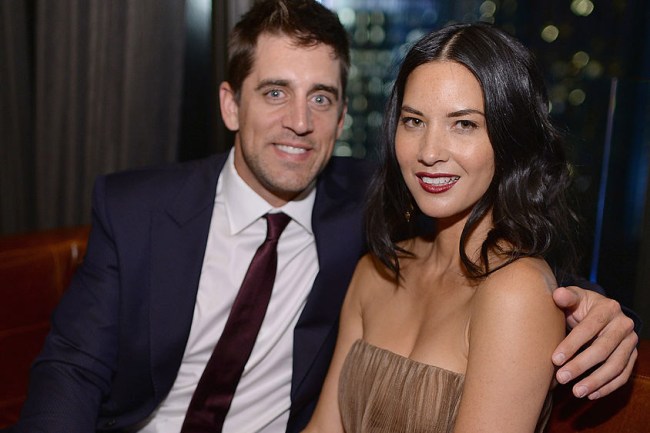 Back in May, Olivia Munn was reportedly “furious” and “terrified” seeing her ex-boyfriend Aaron Rodgers with SI Swimsuit model Kelly Rohrbach.

A couple of weeks ago we told you about how Rodgers was reportedly now seeing a 24-year-old soccer player named Marie Margolius. Munn reportedly “couldn’t care less about Aaron dating someone new” when that news surfaced.

NOW, another report says that Munn is “in pieces” over Rodgers dating other women because…

“Aaron told Olivia he was in love with her but that he needed some space; he promised to stay friends and said they would reevaluate things down the line,” explains the source.

“But instead he started dating and left Olivia feeling played. To see him move on with someone else in such a public fashion is like a knife through the heart.”

“She’s trying to play it cool, but it’s obvious she’s still in love with him.”

Whether any of this is true or not remains to be seen, but one thing is for certain: Olivia Munn has not been at all shy about showing Rodgers and the rest of the world what he’s been missing since the couple broke up.

Something tells me she’s managing just fine without him and his family drama.