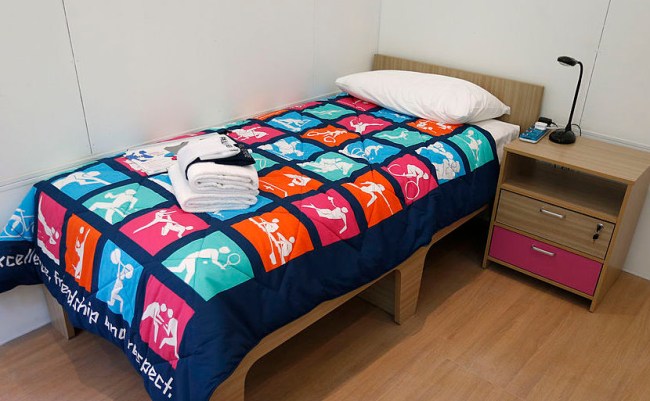 This summer, over 10,000 athletes from around the world will flock to Tokyo for the Summer Olympics, which is the culmination of a life’s worth of work for the competitors who earned the right to showcase their athletic prowess on an international stage.

However, the people taking part in the games aren’t the only ones who will be strutting their stuff, as the host city traditionally uses its few weeks in the spotlight to showcase what makes it great in the hopes those tourism dollars (or, in this case, yen) keep rolling in long after everyone who came for the event rolls out.

Anyone who visits Tokyo this summer can expect to be greeted with the best and brightest technological innovations Japan has to offer but the country is also hoping to lead the charge when it comes to the message of sustainability it’s stressing as it attempts to do what it can to reduce the competition’s carbon footprint.

Every athlete who makes the podium will be handed a medal made out of metal extracted from recycled electronics, and when they’re done partying their ass off in celebration, they can head back to the Olympic Village to rest their head on a bed made entirely of cardboard.

It sounds good in theory but there was one potential flaw in the plan that was noted by Andrew Bogut, who competed in three different Olympics as a member of Australia’s basketball team.

Great gesture…until the athletes finish their said events and the 1000’s of condoms handed out all over the village are put to use……..🙉🙈 https://t.co/4wzaoDHL34

When you confine a bunch of young, athletic, and attractive people with Tinder profiles in relatively close quarters, it shouldn’t come as much of a surprise that they’re going to bone, which is why Brazil had 450,000 condoms on hand when the games came to Rio in 2016.

As a result, Airweave was forced to defend the integrity of its beds in a statement to AFP after Bogut voiced his concern, saying it had tested them by dropping weights on the frame and said their ability to withstand 440 pounds of pressure makes it possible for two people to share a bunk.

I guess that means threesomes will have to take place on the floor.