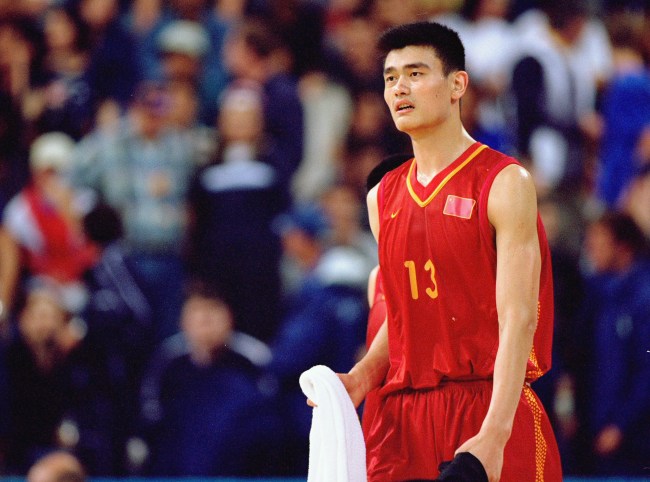 Vince Carter had one of the most incredible dunks in the history of competitive basketball when he woofed it over 7’2” French center Frederic Weis during a preliminary round match at the 2000 Summer Olympics. Weis said on that day, he learned that humans could fly. The French reportedly refer to it as “le dunk de la morte” which translates to “the dunk of death.”

What if I told you that the USA Olympic team had a dunking bet during those Olympics and Vince’s generationally transcendent dunk didn’t meat the criteria. That’s because the dunk didn’t occur over the 7’6” Yao Ming, one of the tallest players in NBA history.

Kevin Garnett claimed that there was a $1 million “bounty” for a successful dunk on Yao, who the USA played in the opening game. Mind you, Yao was just 20 years old at the time and wouldn’t enter the NBA Draft until 2002, but the entire USA team knew the dude was a force.

Yahoo Sports asked Garnett the following question that led into the story:

You were the first one on the court to greet Vince after the dunk, give him a little chest bump. What do you remember about that exact moment?

Everything just paused. First of all, people didn’t know, we had a bounty out on Yao Ming. The whole USA team had a bet. We had a million dollar bet on who was going to be the first person to dunk on Yao Ming. None of us did. We all tried to dunk on Yao, but he would block it or we would miss.

So, the first thing I thought of when I saw Vince dunk over Frederic was oh shit, you won the million dollars. But then I realized it obviously wasn’t Yao. I pushed Vince, and if you look at the clip, he almost punches me in the face by accident. But my first thought was, oh shit, you won, you got the million.

Vince should have gotten at least a half mill for his efforts.

In related news, here are a bunch of photos of Yao Ming standing next to people.

I’m making a coffee table book that is just pictures of Yao Ming standing next to people.

I knew this picture of Yao Ming graduating reminded me of something. pic.twitter.com/3nMaUUCKXZ