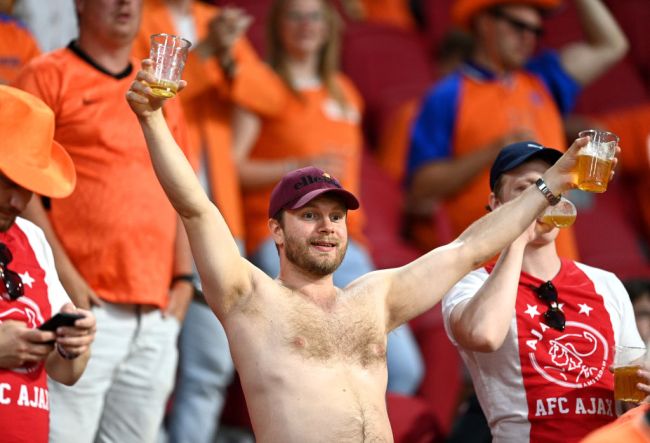 The list of things both athletes and fans can’t do is continuing to outgrow the list of things they can do at the Tokyo Olympic Games. The latest no-no added to the Summer Games is enjoying a cold beer with fellow fans as the sale of alcohol has been banned.

The head of the Tokyo games’ organizing committee, Seiko Hashimoto, told reporters that the ban of alcohol at games and venues follows ‘expert advice,’ according to Forbes. Asahi Breweries, an event sponsor, is on board with the decision as well.

Given how the lead-up to the Summer Games has been going, the ban on alcohol should not be surprising at all.

Fans that are deciding to attend events, will not be allowed to cheer, they must wear masks and are being told to go straight home after the event. Attendees who display high temperatures during gate checks or any other symptoms won’t be allowed to enter and won’t receive a refund.

Spectators are not allowed to make direct contact with others, give high-fives, wave a towel, or ask for autographs from athletes.

Organizers are already preparing for inevitable positive COVID-19 tests as well. All attendees will be asked to retain their ticket stubs or ticketing data for at least two weeks after they attend an event with organizers planning to post the seat number and date of attendance of any spectators who test positive after the event.

Athletes, You’re Not Having Any Fun Either

The fan experience sounds unbelievably miserable, but at least spectators are able to actually do things. Athletes, on the other hand, must follow an incredibly strict set of protocols.

Tokyo officials released a 32-page “playbook” that lays out everything athletes won’t be able to do while in Japan. Two of the many, many rules include not being allowed to actually visit other venues outside their own events as a spectator, and tourist areas, shops, restaurants, and gyms are off-limits as well.

There may not be enough workers to keep track of all of these protocols, however, as 10,000 volunteers reportedly quit earlier this month 50 days out from the start of the Games.

Tokyo 2020 may surprise us all and be a beautiful disaster, or it may be one of the worst disasters in the history of sports. Either way, a disaster is brewing at the Summer Games.