The Tokyo Olympics Are 50 Days Away And Nearly 10,000 Volunteers Just Quit 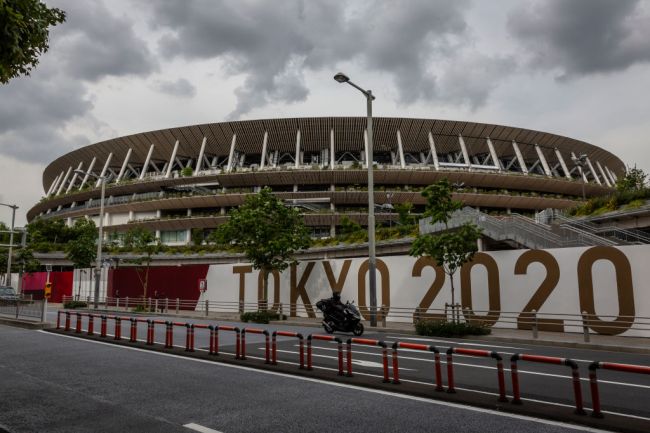 The 2020 (in 2021) Tokyo Olympics are officially 50 days away and things aren’t going particularly well. According to the Associated Press, about 10,000 of 80,000 unpaid volunteers for the Olympics and Paralympics have dropped out.

It could be worse.

There is good news here, however. The lack of volunteers is not detrimental. Toshiro Muto, chief executive of the Organizing Committee, told Japanese media does not believe that the large withdrawal will impact Olympic operations.

Losing 10,000 volunteers might seem problematic, but to compare, the 2000 Sydney Olympics had 47,000 volunteers— 23,000 less than Tokyo. In addition, no foreign spectators are allowed into Japan for the Games. Thus, organizers don’t necessarily need as many volunteers as other host cities in past years.

While officials did not say why the volunteers quit, it is most likely tied to COVID-19 concerns. Muto told reporters that there was “no doubt” that volunteers were worried about Coronavirus, while some stepped down for personal reasons.

“We have not confirmed the individual reasons,” organizers said in a statement. “In addition to concerns about the coronavirus infection, some dropped out because they found it would be difficult to actually work after checking their work shift, or due to changes in their own environment.”

Depending on how the question is phrased, 50-80% of the population does not believe that the Olympics should begin on July 23rd as planned. It is a sentiment that has been felt since the turn of the new year. This comes as Tokyo and other parts of the country are under a state of emergency.

Japan is battling a brutal fourth wave of COVID-19 and less than three percent of the population has been fully vaccinated. This marks one of the lowest rates among industrialized nations. Many Japanese people believe that the Olympics have become a distraction to solving the pandemic.

The Games must go on.

Health and safety should be the priority of any and every situation. However, the Olympics were already postponed last year and that isn’t an option this year. It is full-steam ahead, or cancel.

Nobody wants the latter, but it may be the harsh reality. Many, if not most, of the volunteers will not be eligible for the vaccine in Japan. A 10,000 loss is manageable. If that number increases, it could make things difficult.

With that being said, Tokyo plans to move forward. Organizing committee president Seiko Hashimoto promised that the Games will “make sure to protect the health of the athletes.” For the games to go on, all that is needed are the athletes.

A bubble-like environment will be crucial to the success of this summer’s Olympic games, but none of the athletes seem to know what is going on.

Are the Olympics happening?!

As #Tokyo2020 quickly approaches, PGA TOUR winner @carlosortizGolf tells @RippinItPod that nobody knows. All of the federations say different things.

With a lot of uncertainty looming, Dick Pound, the longest-serving member of the International Olympic Committee told CNN that “none of the folks involved in the planning and the execution of the Games is considering a cancellation.”

That notion could change drastically in the coming days, especially if the volunteer drop-out rate increases. The Olympics appear to be a go, but with 50 days out, there are more than a few details that need to be addressed.