An Olympic Boxer Went Full Mike Tyson And Tried To Bite His Opponent’s Ear Off, Immediately Got Disqualified 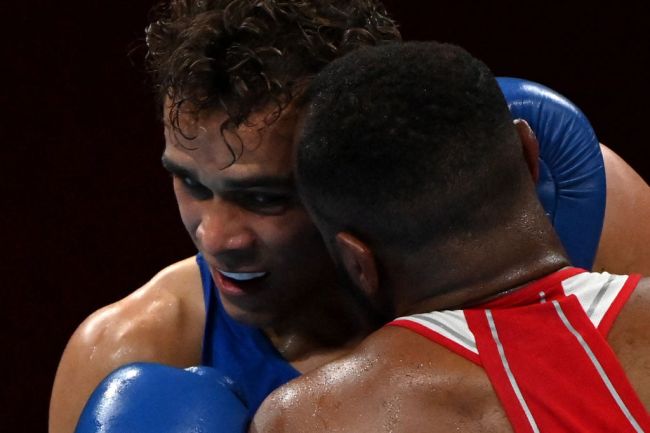 Moroccan boxer Youness Baalla was disqualified from the Olympics on Tuesday after trying to bite his opponent’s ear. The DQ came during his Round-of-16 Heavyweight clash with New Zealand’s David Nyika.

Although Baalla, 22, did not get a good chomp down on Nyika’s ear, the entire scene was reminiscent of when Mike Tyson bit Evander Holyfield’s ear off in 1997.

Baalla was trailing by points in the final round when he leaned in toward Nyika’s right side and went in for a taste.

“Oh, hello — now then,” said the Eurosport commentator as Nyika, 25, pulled his head away from his opponent’s jaws. “He almost lost the plot completely there. That could have been an act of absolute madness.”

The referee allowed the fight to continue and the bell rang shortly thereafter. Baalla had already lost pretty badly on points, but he was also disqualified after the bout.

Olympic officials ruled that he “very clearly intended to bite the ear/face of his opponent,” which is rightfully considered an “intolerable action.”

It was a wild sequence that finished with the proper result of a DQ. It also made for an incredible quote from the man who nearly lost his ear. 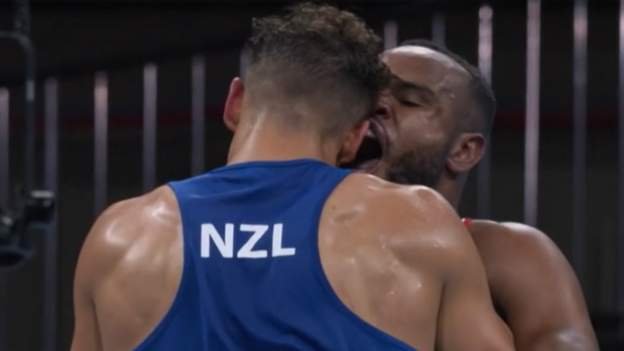 Nykia said afterward that Baalla got a bit of his cheekbone, but “didn’t get a full mouthful.”

“Luckily he had his mouthguard in and I was a bit sweaty,” he said. “But c’mon man this is the Olympics, get your shit together.”

The victor also made light of the moment and shared a photo on instagram, writing “somebody’s got a sweet-tooth.”

Nykia advanced to the quarterfinals (eight competitors left) and will have to win the next three rounds to take gold.