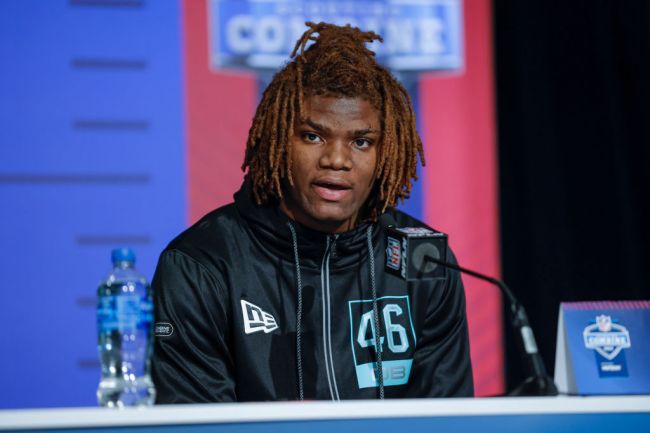 It has been nearly two full weeks since the NFL Draft, but it seems there is still plenty of draft night drama for fans to be informed about. Today we learned that the Tampa Bay Buccaneers had promised they’d draft a player if he fell to them at 27, but instead decided to trade back to round 2.

Lewis Cine appeared on Richard Sherman’s podcast fresh off of being drafted by the Minnesota Vikings and told the story of the Buccaneers’ unfulfilled promise.

As hard as Cine tried to cover up the identity of the offending team, he didn’t do a very good job of it. He might as well have said “I’m no snitch, but it’s a team with a pirate mascot and an old quarterback.”

On the Buccaneers side of things, it’s hard to see what the point was of them telling Cine this if they weren’t entirely sold on him with pick 27. What exactly did they gain by telling Cine they were going to draft him?

The fact that they chose to move back in the draft instead of picking Cine likely makes this sting worse. At least if there had been a player who unexpectedly dropped to the Buccaneers that they liked more than Lewis Cine, it would have felt more like they actually did plan on drafting him and the plan changed when that player dropped.

Instead, the Buccaneers decided they’d rather have a fourth round pick and a sixth round pick than take him at 27. At least he didn’t lose out on first round money because of the Bucs’ decision.