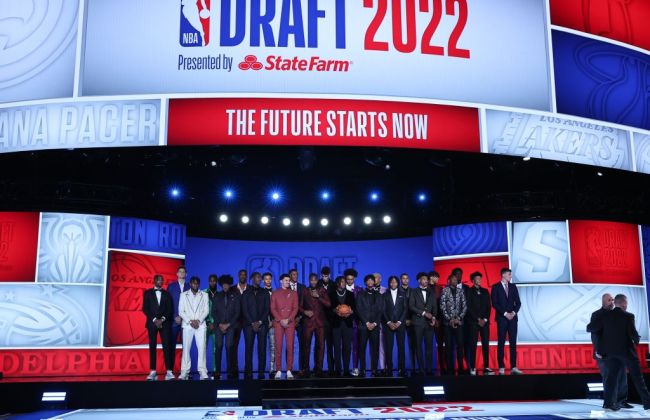 Heading into last week’s NBA Draft, there was plenty of mystery about what the order of the top 3 picks would be. Even betting markets didn’t know what to make of the top 3 as lines on the top pick swung wildly throughout the day of the draft.

The Orlando Magic eventually wound up drafting Paolo Banchero over Chet Holmgren and Jabari Smith and now it seems like the Magic passing on one of those players shouldn’t have been much of a surprise.

According to NBA draft insider Jeremy Woo, Holmgren may have intentionally tanked his workout with the Magic because he preferred to land with the Oklahoma City Thunder.

My annual draft postmortem is back, with details and insight on the Magic's secretive Banchero pick, Chet and the Thunder's draft, Jabari's fit in Houston, big decisions from the Kings and Blazers, and much more: https://t.co/X8af0Aztyf

While it was never entirely clear to other teams what the Thunder were going to do, there was significant suspicion amongst rival executives that Holmgren’s camp preferred he land in Oklahoma City and not Orlando. While rumors had been flying around the league for a couple weeks about what was going on, most of them unfounded and overly speculative, as I understand things, at least one concrete maneuver was taken to steer Holmgren away from the Magic: according to multiple sources with knowledge of the situation, Holmgren bailed early on the last day of his Orlando visit, conducting a brief on-court shooting workout that he cut short. While I don’t know whether that impacted anything with the Magic’s decision at No. 1, objectively, it’s very hard to use a high-stakes draft pick on a player that doesn’t truly want to be part of your team.

Holmgren got what he wanted and now he’ll become a focal point of the Thunder’s rebuild.