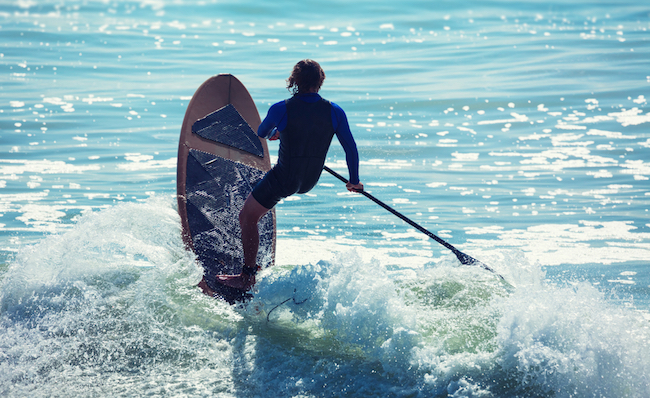 In the 1960s, government propaganda masquerading as a television show called Flipper managed to convince the general populous that dolphins are fun and loveable creatures. If you’re wondering why the feds even cared about swinging public opinion in their favor, it’s because it’s not a great look to recruit aquatic mammals with a proclivity for murdering members of their fellow species out of spite. The Navy already has enough on its plate as it is.

If you fell victim to the aforementioned propagada— or had an ex who thought getting you one of those one-on-one dolphin experiences at an aquarium was an adequate birthday present— then you might hold a favorable opinion of the species. However, based on what I’ve learned about them, they’re more akin to the guy at the gym drinking creatine from a gallon jug who gets mad whenever someone jumps on one of the machines he meticulously rotates through like he’s working out at a Curves.

A paddle boarder got a deeper look into how dolphins really roll recently when casually bobbing off the southwest shore of Australia. He seemed to have found an ideal spot to get his paddle board on but failed to take into account the pod with similar taste in beachfront property—including one with a destination on his mind and a refusal to let anyone stop him from getting there.

I can only hope this guy will now think twice about having the nerve to enjoy his surroundings without a care in the world.