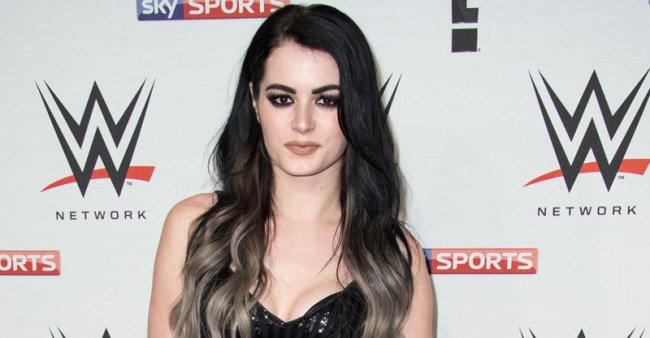 It has not been a great past couple of years for two-time WWE Divas Champion and inaugural NXT Women’s Champion Paige. The 25-year-old, who has been using her real name, Saraya-Jade Bevis, more and more in business ventures, has truly been through the ringer.

It all started in early 2017 when multiple sex videos leaked on to the internet, which also happened to take place while she was suspended from WWE for violating their wellness policy after testing positive for an illegal substance. Then Paige had to undergo neck surgery which sidelined for several more months.

Meanwhile, she began a very odd relationship with former WWE wrestler Alberto Del Rio, who hates the company Paige works for and wasn’t shy about letting everyone know it. Then the odd couple got engaged in October 2016, but mercifully broke up in late 2017.

Finally, in November of 2017, Paige returned to the ring, but unfortunately she re-injured her neck at a show on December 28th, and was advised that with this latest neck injury she would be forced to retire from competition. (Warning: this is a little hard to watch.)

Paige has since said that despite doctor’s recommendations, she does not want to quit performing inside the ring.

In the meantime she has been working for WWE on RAW in a non-contact capacity, which makes one wonder why she chose now to get some new, and very visible, non-PG tattoos.

So what did WWE do about it? Well, there’s always makeup… for her hands.

Paige had to make up her hands to cover her new tattoos. pic.twitter.com/TU9wk9dIQs

And I guess she can always hide them somehow…

Maybe, once the biopic The Rock is producing of her life comes out Paige will actually make that move to MMA she was throwing around a year ago. Assuming doctors ever clear her again.