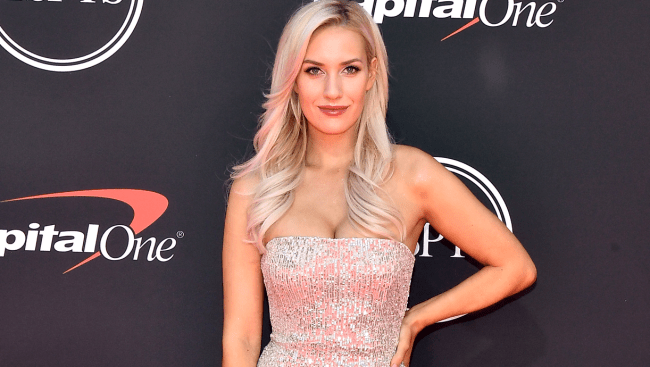 Not that Tom Brady is a single man, there are a lot of women out there who his fans would like to see him date.

One of those women is popular golf influencer Paige Spiranac.

“If I were Tom Brady, I’d call @PaigeSpiranac. 29 years old, incredibly hot, recently divorced and a former professional athlete who would understand and support what he does for a living,” one of Spiranac’s fans tweeted.

“And Brady loves to play golf. Now this would be a power couple.”

Two other fans replied to the tweet, sharing some of their personal knowledge about what a nice person Spiranac is.

I know a guy who played 18 holes with her at some kind of celebrity event & he couldn't stop talking about what a nice person she was. Didn't make a difference if cameras were on or not. He's no celebrity and she didn't know who he was, but treated him unbelievably well.

To which she responded, “You guys are so sweet, thank you! It takes no effort to be nice so I always try to do my part to make someone’s day better.”

Like Brady, the 29-year-old social media star recently ended her marriage, in March of this year, so she has experience in dealing with such a massive life change. She could offer the 45-year-old Buccaneers quarterback the support he needs in this trying time.

Related: Paige Spiranac Tries Playing Soccer, Without A Shirt, To Celebrate The Start Of The World Cup

Obviously, there’s the whole golf thing that they have in common too.

Brady has played golf with some seriously famous folks over the years like Jordan Spieth, Lewis Hamilton, and Michael Jordan.

He has also participated in a couple editions of The Match (annihilating Josh Allen with his custom golf balls in the most recent one).

For what it’s worth, Paige Spiranac is far from the only famous female out there who people think Tom Brady might want to go out with and make his new girlfriend.

Hart might be the most interesting choice. While Blake, Lopes and Middleton all have expressed interest in, at the very least, hooking up with Tom Brady, Hart actually claimed that she is “in love with him.”

“I’m just sitting here in my house stretching and looking at Instagram. And I started stalking Tom Brady’s page and I think I’m in love with him,” Hart said in an Instagram story earlier this week.

She also admitted having Tom Brady’s UGG boots ad taped up on her wall when she was younger.

“So I guess I have had a crush on him for a while,” she said.

It’s definitely good to be Tom Brady these days.