Paige Spiranac Ranks Different Sports’ Athletes On How Hard They Party, Guess Who Came Out On Top? 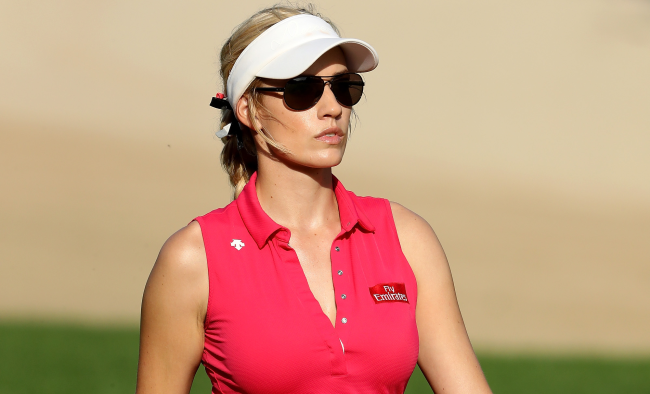 After Team USA’s victory over the Internationals at Quail Hollow in the Presidents Cup, Kevin Kisner, who contributed only a half a point for America, more than made up for it with some excellent quotes.

“My experience can ultimately win in this scenario. There is nothing that any of these can do that can hang with me tonight, I promise you,” the 38-year-old said about how the team’s celebration was going to go down following the big win.

It's gonna be a looong night 🇺🇸🍾 pic.twitter.com/ZClNqWz1Fl

“I have never seen a better display of golfers and a worse display of partiers, and I am the best partier on this board. Amen. That’s why they picked me. I got half a point, but I brought the fun.”

Based on tweets the next day by Max Homa and Justin Thomas, it sounds like Kisner wasn’t wrong.

So, if golfers, according to Kevin Kisner, are terrible at partying, which sport’s athletes actually do know how to bring it?

“I’m going to disagree with Kisner here,” Spiranac began. “I’m going to give golf a 7.6. I’d like to see any athlete try to outdrink John Daly. It would not end well for them.

“And fun fact, Xander Schauffele went to the same college and he had the party house and your girl got quite girl-wasted maybe once or twice.”

“Next up we have basketball,” Paige continued. “I’m giving them a 3.2. They’re like reformed party girls. They used to get after it, now they just like a nice glass of wine.

“And we’re on to baseball. I’m giving them an 8.2. I have never seen someone throw back beers like I have some of these baseball players. It is quite impressive. And back in college, they had the best jungle juice around. So I had to bump ’em up a couple points.”

“Next up is football,” Spiranac continued. “They’re not quite professional partiers, but they like to have fun so they get a 9.

There were a few disagreements in the comments, but really, it’s hard to argue with her hockey player take.

What about Rugby players? It's a bit like American football but they don't were pads. They can sink some serious beers💪🍻🍻😜

He may have a point there.