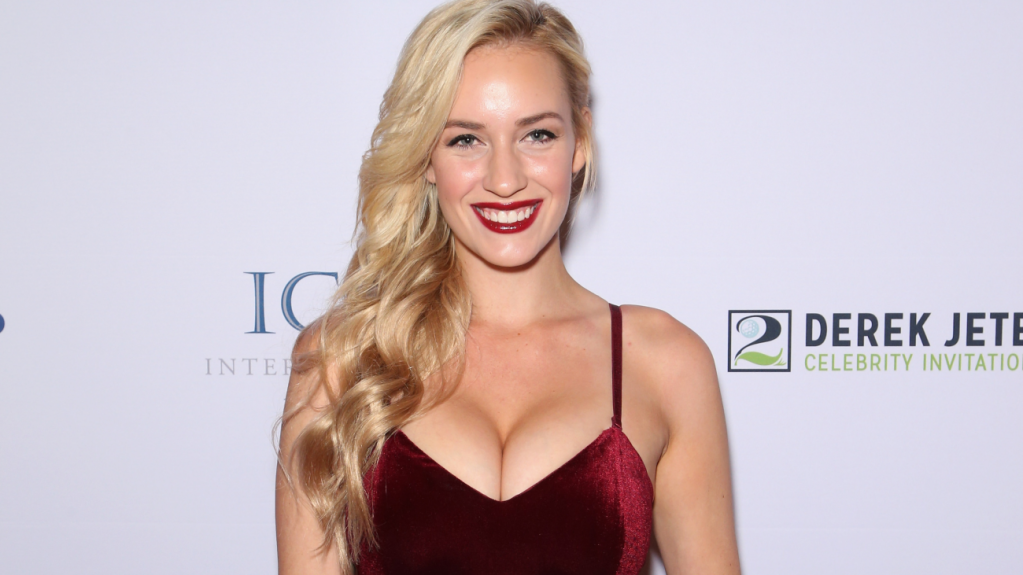 It has been an unsettling few days with regard to NFL injuries. In addition to the ‘expected’ injuries where these professional athletes at the absolute peak of physical shape tear ACLs, MCLs, pectoral muscles, and suffer breaks and sprains, the handling of Tuta Tagovailoa’s concussions really seemed to shock the NFL world to its core.

The doctor who cleared Tua Tagovailoa to play after a concussion has since been fired and the investigation into how/why he was cleared has reached the federal level already. Then while that news was being unpacked, JJ Watt announced he had his ‘heart shocked back into rhythm‘.

After those high-profile injuries that were out of the norm for the NFL, former professional golfer Paige Spiranac shared a video in which she asks ‘how much is too much’ when it comes the health of athletes. Paige Spiranac addresses how these athletes are trained to give it 100% and push their bodies to the limits of human capabilities but questions at what point that is simply too unsafe to be worth it.

Paige Spiranac gives A+ take on ‘how much is too much?’ when it comes to the health and well-being of athletes like JJ Watt and Tua Tagovailoa

Here is her latest video:

Are athletes pushed too far past their physical limits? pic.twitter.com/sKA9q5lST2

If you’d rather read than watch…

Paige Spiranac: “Hello everyone, I hope you’re having a great day so far. I was just sitting here thinking ‘man, I really love sports.’ Mostly because I love watching athletes do superhuman things with their bodies. But how much is too much?”

“With the Tua Tagavailoa incident and JJ Watt with his heart, it really makes you think.”

“So athletes really have to lean on the medical professionals to keep them safe. And I’m no doctor.. and you’re like ‘yeah, no s–t, Paige’ but even I know after watching my friends who are athletes go through concussion protocol that something about that (Tua) situation just didn’t seem quite right.”

Paige Spiranac finished her segment by saying “no athlete should be risking brain damage over a game” which is a statement I think just about every fan and athlete would agree with. The problem is that ‘risk’ is a sliding scale. Merely by stepping on the field, athletes are at risk. But in a situation where an athlete had recently suffered a concussion there is absolutely no reason to rush back until they are 100% and I say this as someone who has suffered through 4 concussions in my lifetime, 4 that I remember, at least.

After Team USA’s victory over the Internationals at Quail Hollow in the Presidents Cup, Kevin Kisner, who contributed only a half a point for America, more than made up for it with some excellent quotes.

“My experience can ultimately win in this scenario. There is nothing that any of these can do that can hang with me tonight, I promise you,” the 38-year-old said about how the team’s celebration was going to go down following the big win.

So, if golfers are terrible at partying, which sports’ athletes actually do know how to bring it?
Paige Spiranac attempted to answer that question.

“I’m going to disagree with Kisner here,” Spiranac began. “I’m going to give golf a 7.6. I’d like to see any athlete try to outdrink John Daly. It would not end well for them.

“And fun fact, Xander Schauffele went to the same college and he had the party house and your girl got quite girl-wasted maybe once or twice.”

“Next up we have basketball,” Paige continued. “I’m giving them a 3.2. They’re like reformed party girls. They used to get after it, now they just like a nice glass of wine.

“And we’re on to baseball. I’m giving them an 8.2. I have never seen someone throw back beers like I have some of these baseball players. It is quite impressive. And back in college, they had the best jungle juice around. So I had to bump ’em up a couple points.”

“Next up is football,” Spiranac continued. “They’re not quite professional partiers, but they like to have fun so they get a 9.

Agree or disagree with the hockey claim?