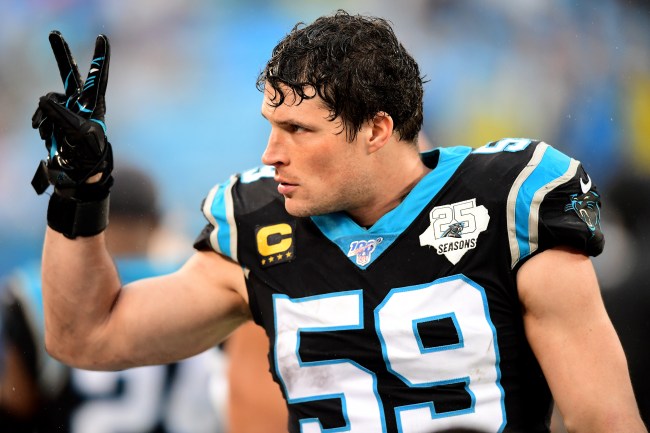 28-year-old Carolina Panthers linebacker Luke Kuechly is calling quits from the NFL less than a month after he was named to his seventh Pro Bowl selection.

Kuechly released a video announcing his retirement on the Carolina Panthers official Twitter page where he states “in my heart, I know it’s the right thing to do.”

“In my heart, I know it’s the right thing to do.” pic.twitter.com/mSDyJ0iEMw

Luke Kuechly doesn’t specify his reasons for stepping away, saying only that the way to play this game is “fast and physical and strong” and he doesn’t feel he can do that now. https://t.co/tVAAtSKYky

“I think now is the right chance for me to move on,” Kuechly said. “It makes me sad because I love playing this game, I’ve played it since I was a kid. It’s my favorite thing in the world to do. The memories I have from this place and this organization and being on the field with these guys – they’ll never go away.

“In my heart I know it’s the right thing to do… There’s only one way to play this game since I was a little kid – play fast, play physical and play strong. And at this point I don’t know if I am able to do that anymore.”

“Beyond his extraordinary performance on the field, Luke has had a tremendous impact on this organization and region,” owner David Tepper said. “In my two seasons with Luke, I quickly recognized how special of a person he is. The respect he gives and garners from others as well as the positive impact he has on his peers is second to none. It’s obviously going to be very difficult for all of us because we know that no player can replace what he’s been for this organization for the last eight years. His presence can’t be replicated.”

It seems like there’s a trend of star NFL players retiring at a young age.

Both retired before the 2020 season. Arguably the best two players from that class. Unreal.

Six months ago, I could have imagined Andrew Luck and Luke Kuechly as the MVP and Defensive Player of the Year in the NFL this season and years beyond.

Kuechly was still at the top of his game which makes his announcement a bit jarring.

Luke Kuechly retires at the age of 28. In his 8 seasons in the NFL…

Special, special football talent and an even better person. pic.twitter.com/dBBJTujn3n