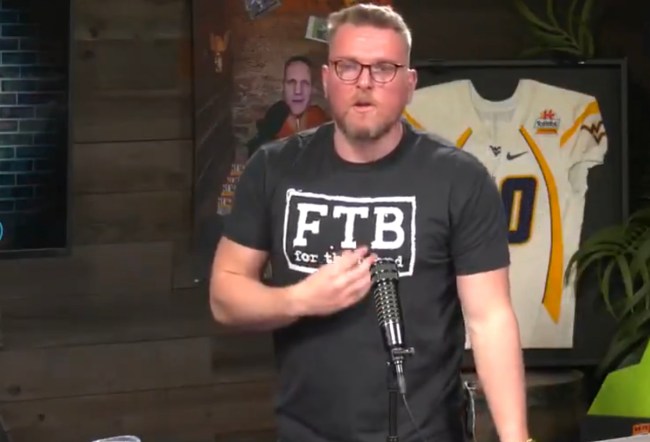 Pat McAfee hasn’t stepped inside a wrestling ring since December 2020. He’s on a brief hiatus after getting “fired” from NXT on Christmas Day.

McAfee was on a hell of a roll in the company, even being called the most interesting part of the show by a former WWE star, but the company knows that the former All-Pro is an attraction and should only be used to get new eyeballs on the product.

Celebrities making appearances in professional wrestling is nothing new, but in the last year, companies have doubled down on bringing in outside influencers to boost ratings. WWE found success with Rob Gronkowski and Bad Bunny and AEW had Snoop Dogg flying off the top rope and Mike Tyson working a few shows.

The next celebrity to step foot in a ring will be Shaquille O’Neal. He’s scheduled to wrestle tonight on AEW Dynamite in a tag match.

Shaq’s appearance will likely be a big deal – on social media at least – and O’Neal himself promises the match will “top” all past celebrity wrestling matches.

McAfee jokingly took issue with this statement, saying that the match won’t top any of his performances in NXT.

AEW star Miro – formerly Rusev in the WWE – took a shot at McAfee, insinuating that McAfee isn’t really a celebrity so there won’t be a comparison to Shaq’s upcoming match.

Never one to back down from a verbal altercation, McAfee responded to Miro on his podcast in true heel form.

McAfee thanked Miro for considering him a wrestler, and not a celebrity, and that it’s one of the highest compliments he’s ever received.